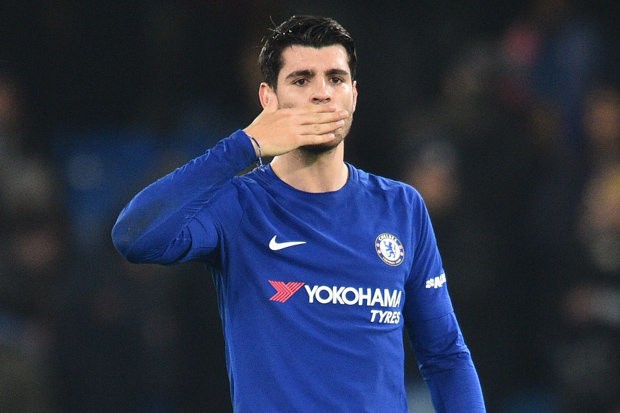 Chelsea centre-forward Alvaro Morata is reportedly ‘pushing for’ a return to Juventus this summer and the Serie A champions are believed to be keen on bringing the Spanish international back to Turin.

Morata joined Chelsea from Real Madrid last summer and has gone on to make 95 appearances in all competitions, scoring and creating 43 goals.

The 25-year-old has struggled for form in the second-half of his debut season, scoring just two goals since December 2017, and is angling for a move away from Stamford Bridge as a result.

With Mario Mandzukic being tipped to leave Juventus this summer, they will have room for a new arrival who coincidentally is an old face. Morata contributed 46 goals in 3 appearances for the Old Lady between 2014 and 2016.

Olivier Giroud joined Chelsea from Arsenal in January and has become a regular in attack, demoting Morata to bench duty. The Spaniard’s chances of first-team football are subsequently slim next season which is likely why a move to Juve could go through for the right price.

Chelsea paid around £60m for the £120k-per-week forward on July 21 last year and won’t want to take a big financial hit if they sell him – especially considering Morata’s deal still has four years to run.