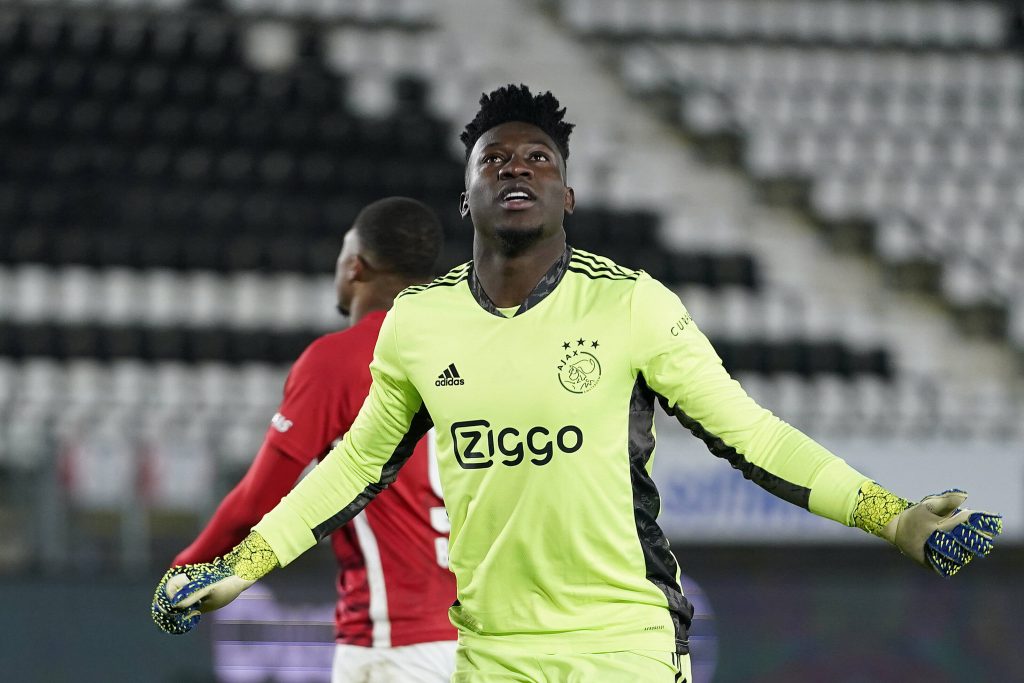 Onana has entered the final year of his Ajax contract, and he has shown no intention of penning a new extension.

His FIFA-imposed ban was recently reduced from 12 to nine months, but he won’t be eligible to play until November.

However, he can return to team training in September, and the Gunners are one of the clubs interested.

They have yet to make a formal approach, and it is now reported that manager Peter Bosz is keen on a reunion with Onana.

Bosz, who was previously with Ajax, was appointed as the new head coach of Lyon in May.

Earlier this year, it appeared that the Gunners were in pole position to sign the Cameroonian valued at £7 million.

However, the north London giants have not made an official bid despite being in constant contact with the player’s representatives.

The Gunners are wary of signing Onana as he could miss a major part of next season with the ban and African Cup of Nations duty.

They are leaning towards signing a homegrown goalkeeper. Aaron Ramsdale and Sam Johnstone are reportedly on their radar.

They could boost Lyon’s prospects of landing Onana. The 25-year-old could welcome a reunion with Bosz, who spent just one season at Ajax.

Bosz played a key role in Ajax’s recent renaissance. He guided the club all the way to the 2017 Europa League final, losing to Manchester United.