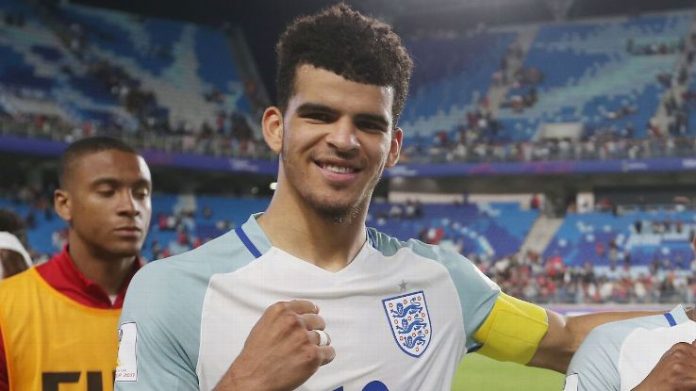 Liverpool have agreed on an undisclosed fee with Chelsea for Dominic Solanke.

The highly talented striker joined the Reds after his contract with the Blues expired last summer.

As per the rules, Liverpool are required to pay a compensation to Chelsea because the player is under 24 years of age. However, the two clubs failed to agree on a fee and at one stage it looked like the Professional Football Compensation Committee would have to intervene.

However, Liverpool Echo claims that the two clubs have reached an agreement now and they have decided to sort out the matter directly.

Liverpool were apparently looking to pay around £3 million for the player but Chelsea were demanding close to £10 million. It is believed that a compromise has been reached.

Solanke was a squad player at Liverpool last season and he managed to show flashes of his talent at times. It will be interesting to see whether he can kick on and make an impact next year.

The young striker could be loaned out as well. He has been linked with the likes of Rangers. Solanke needs to play more often and a loan move would definitely benefit him.

The 20-year-old is very highly rated at the club and he is expected to have a big future under Klopp.