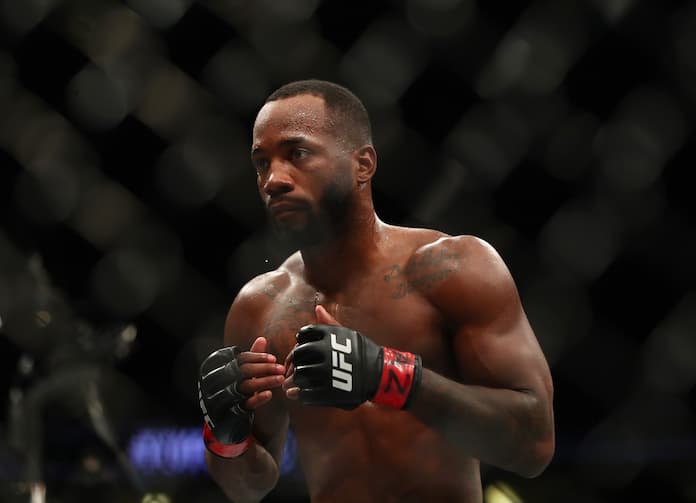 After becoming UFC Welterweight Champion at UFC 278, Leon Edwards feels he deserves a more lucrative deal. ‘Rocky’ knocked Usman out in the main event of UFC 278 with a stunning fifth round head-kick knockout. Edwards demands a new contract before negotiations start for a trilogy with Usman.

UFC Welterweight Champion, Leon Edwards, believes he is due a new UFC contract after winning the title. Edwards became one of the biggest draw in the UFC overnight, after his stunning fifth round head-kick knockout over Kamaru Usman at UFC 278 in August.

The 31-year-old believes that after the run he has been on in the UFC and now becoming the champion at 170-pounds, that he deserves a new deal with the promotion.

‘Rocky’ insists that it is his turn to call the shots, after seemingly being held back by the UFC for years. Edwards believed he deserved a title shot bout two years ago, but only got his opportunity on August 20th in Salt Lake City.

Now that Edwards has become champion, he insists that he deserves a very lucrative deal after Dana White was holding him back for too long. Now that he is the UFC Welterweight Champion, the Englishman certainly has a great bargaining chip in his favor.

In a recent interview with The Mirror newspaper, Edwards has made it clear that he feels he deserves a more lucrative deal when signing a new UFC contract this time around.

“Not yet because as far as dates and fights, that normally happens when you talk about fights because you use the fight to negotiate the contract. When it’s time to start talking about the fight and the date of the fight, we’ll start negotiating a new deal and go from there.”

Due to winning the title less than two months ago, Edwards’ star power has gone through the roof. Edwards is such a valuable asset to the UFC now, being the champion as well as opening up a completely huge market from the UK.

Dana White held two UFC events in London in 2022, but is pondering whether or not to put on the company’s first ever stadium event in the UK. MMA in England and the wider UK is absolutely huge now, with Leon Edwards being a huge factor in this.

Villa Park in Edwards’ hometown of Birmingham has been rumoured as a potential stadium to host a UFC event, as well as the 90,000 seater in London, Wembley Stadium. After becoming the second ever UFC champion from the UK after Michael Bisping, MMA popularity in the UK has gone through the roof.

On whether he thinks a UFC show could sell out the likes of Wembley Stadium or Villa Park, ‘Rocky’ insists that it is very much achievable.

“I think mixed martial arts has grown so much in the UK and it’s been waiting for a show like that to happen in Europe. Now you’ve got a world champion from the UK I think it’s the perfect time, especially with all the other [British] fighters doing well in the sport I think now is the time to do it, to keep growing MMA in this part of the world.”

Who knows what it next for Leon ‘Rocky’ Edwards. It could be a stadium fight in 2023 in the UK. Maybe a trilogy with Kamaru Usman at Wembley? Or it could be a title defence in the United States against someone like Jorge Masvidal.

Whatever Edwards’ next move turns out to be, it’s safe to say he deserves a new lucrative deal with the UFC. Being the champion at welterweight, Edwards is one of the biggest stars in the sport right now and deserves a huge new contract with the Ultimate Fighting Championship.