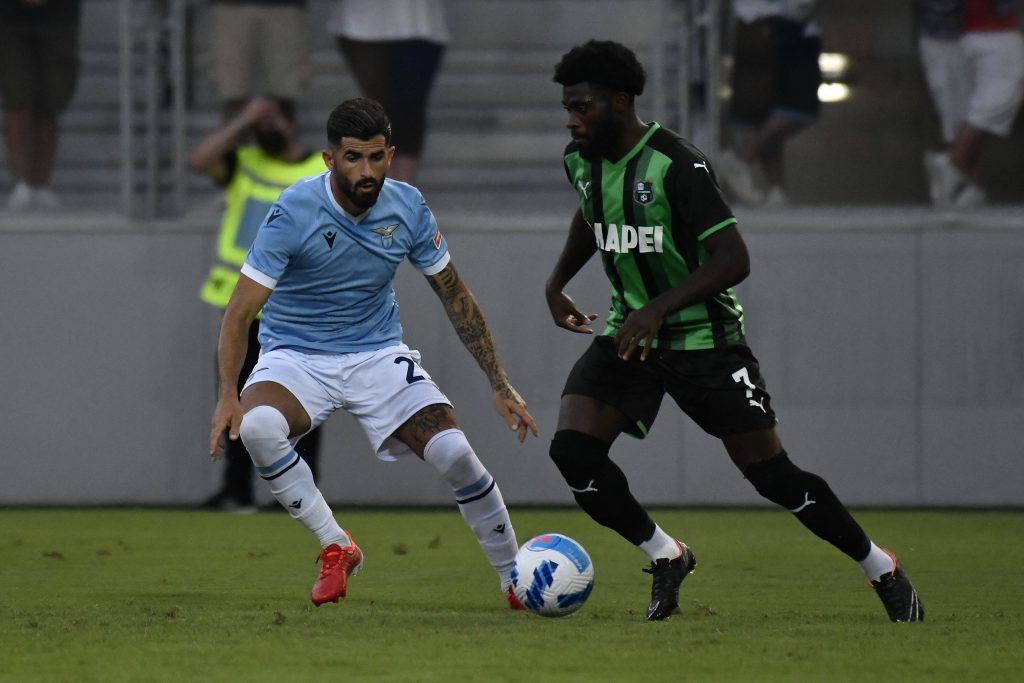 Leeds United target Jeremie Boga has asked to leave Sassuolo, according to the Serie A outfit’s chief executive Giovanni Carnevali.

Boga has been a real hit with Sassuolo since leaving Chelsea to join the Italian club back in 2018.

The Ivorian can play anywhere along the front-line and would add real variety to Leeds’ attacking play.

“Just like Locatelli and Berardi, Boga also asked us to try other experiences. We listened to him and the agents – but no concrete offers have arrived.”

So it is clear to see that Sassuolo are prepared to move the Ivorian on this summer.

The door is wide open for Leeds, but there is one small problem. The Italian outfit want £25m (Le 10 Sport).

That seems like an awful lot of cash for someone who is hardly prolific. That’s not to say that he wouldn’t make a difference for Leeds.

£25m may be too much money for the Whites to pay, that’s all.

And if Bielsa manages to bring him to Elland Road for that kind of fee, it would be decent business for Leeds.