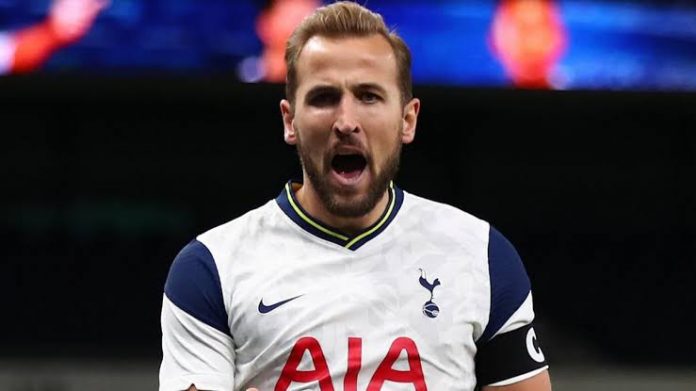 Jamie Carragher has heaped praise on Tottenham Hotspur skipper Harry Kane for his ability to win fouls and penalties for his team, claiming the Englishman is the most ‘streetwise’ player in the English Premier League currently.

The 27-year-old Three Lions skipper has been criticised by many football analysts in recent weeks, with many accusing the England captain of employing tricky tactics during aerial duels in an attempt to win fouls.

However, the Liverpool legend has suggested that Kane’s tactical approach is a brilliant one which should be praised and not criticised as many are doing.

Speaking on Sky Sports about Kane’s role and performance on the pitch this season which has seen him involved in 16 goals in the Premier League (seven goals and nine assists), Carragher said: “I spoke about Harry Kane on this show a month ago about this new role and this new No 10.

“Harry Kane is the most street-wise footballer in the Premier League by a long way, and I love it. I absolutely love it.”

Carragher was however adamant in his defence of the Tottenham forward claiming he is not being a cheat in trying to win fouls but a ‘really clever’ player in tactics.

Son Heung-min had given Spurs an early lead before Kane assisted second-half substitute Giovani Lo Celso for the second goal in the 65th minute.

Speaking of Kane’s performance in the game, Carragher said: “He made Man City’s defenders look really childish and naive, not understanding football.”

The England skipper will be expected to keep the momentum as Tottenham host Ludogorets in the Europa League on Thursday before facing Chelsea at Stamford Bridge on Sunday.