From Italy: Chelsea striker wanted by Serie A Giants

Following is the snippet which confirms the latest developments. 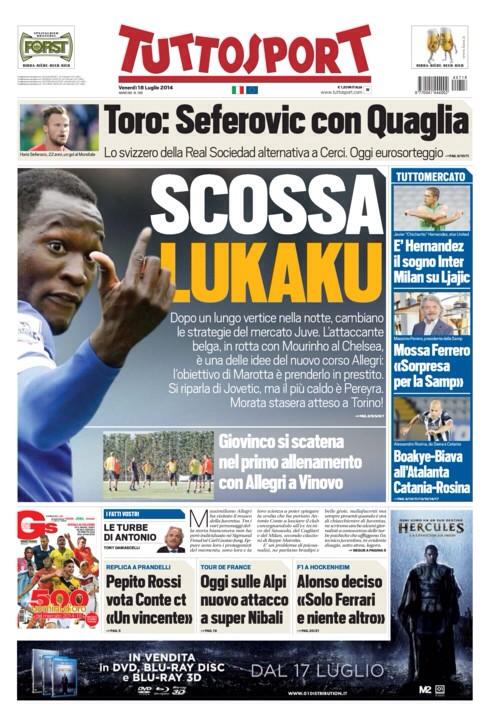 According to the report, it is believed that the Juventus hierarchy met with new manager Massimiliano Allegri to discuss about the Old Lady’s transfer dealings in the summer window.

The Belgian striker who spent the last season on loan at Everton has emerged as a target for the Turin outfit. We had earlier reported that 21-year-old striker was close to joining La Liga champions Atletico Madrid but the news have died down ever since the Rojiblancos signed Mario Mandzukic from Bayern Munich. However Lukaku is definitely on his way out of Chelsea after expressing his desire to leave the Stamford Bridge outfit.

Juventus chief executive officer Giuseppe Marotta, according to the report wants to bring the former Anderlecht striker to enhance the striking options of the Old lady.

My view: There is no doubt that Lukaku has a future at Stamford Bridge and Juventus who were beaten by rivals Roma for the signing of Argentine sensation Juan Iturbe, want to bolster their attacking options despite the plethora of attacking options up front. However Chelsea will not be willing to sell the young striker on the cheap and their asking could be a stumbling block for the Serie A Champions.