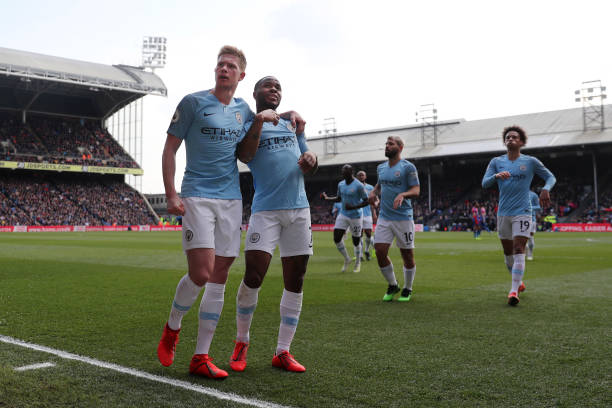 Manchester City boast of one of the best squads in the world and arguably the best in England.

The Etihad Stadium outfit secured an unprecedented domestic treble last season as a result of the quality of their side and are looking to make it a hat-trick of English Premier League titles in 2019-20.

Manager Pep Guardiola will also look to win the Champions League, and he definitely has the players to do so after they narrowly lost the quarterfinals to Tottenham Hotspur last term.

City have already hit the ground running this season, picking up four points in their opening two games.

VAR and the new handball rule denied them the chance to secure all three points against Spurs last weekend, but the defending champions are still huge favourites for the title nonetheless.

Belgium international midfielder Kevin De Bruyne has been widely tipped to emerge as Player of the Year for the season, and he has already announced himself by bagging three assists.

Raheem Sterling is also expected to be in contention for the PFA top prize this term, and with four goals already to his name, the English forward remains a huge player for Man. City.

German midfielder Ilkay Gundogan believes both players have what it takes to win the Ballon d’Or in the future and has backed them to do so.

He replied a fan thus during a Q&A session on Twitter:

We have a great team with several guys who could win it in the future. If I should name two, I would say @DeBruyneKev or @sterling7. #AskIlkay https://t.co/tSi0kCd5dm

Manchester City winning the Champions League will surely boost the Ballon d’Or chances of teams, and it will be interesting to see if they can this term or anytime soon.