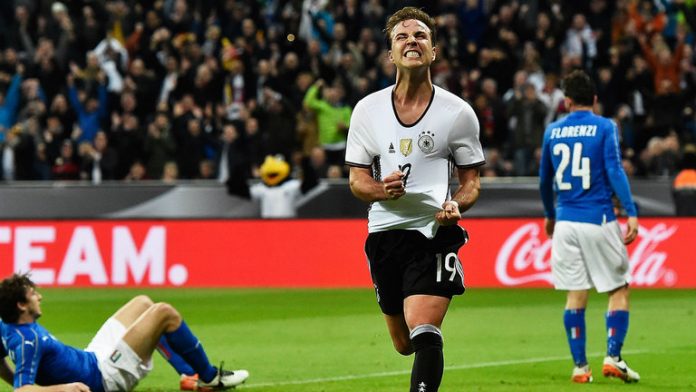 Mario Gotze would be happy to reunite with former Borussia Dortmund manager Jurgen Klopp at Liverpool.

The 26-year-old played under Klopp at Dortmund and he admits that we would love to work with him again.

“I decided to leave Bayern and Jurgen Klopp was interested in getting me to Liverpool,” Gotze told DAZN.

“And I was also interested in working with him again.

“It’s still existing – he is a world-class coach and that’s why it’s always an option.”

Gotze played for Dortmund between 2009 and 2013, winning the Bundesliga title in 2010/11 and the league and cup double the following year.

A €37 million bid in April 2013 from Bayern triggered a release clause in Götze’s contract, making him the second-most expensive German player to date, behind Mesut Ozil.

He has gone to score 36 goals in 114 appearances for Bayern.

He represented his country at the 2012 European Championships and scored the winning goal in the World Cup four years later.

However, he has been left out of the German squad for this summer’s tournament in Russia.