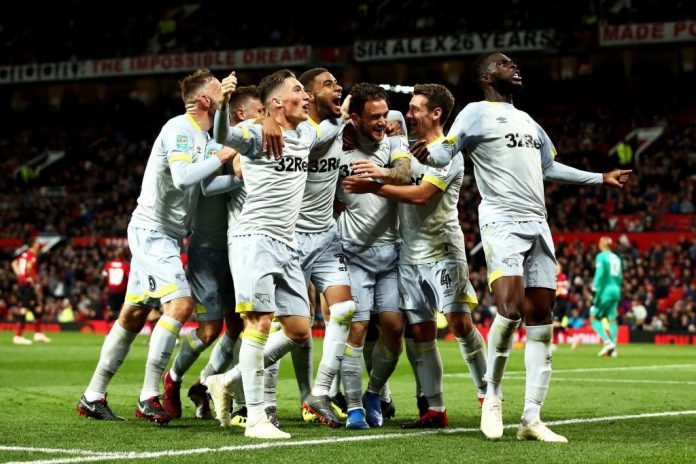 Derby County picked up a memorable win over Manchester United in the Carabao Cup last night.

The Championship outfit did well to recover from Juan Mata’s early goal. Derby got back on level terms through Harry Wilson’s stunning freekick.

The on-loan Liverpool winger scored one of the best goals of the season and set up another for Jack Marriott just five minutes from time.

Marouane Fellaini scored the equalizer for the home side deep into stoppage time but the Red Devils eventually crashed out of the competition on penalties.

Popular pundit Gary Lineker shared his thoughts on the game on his Twitter account. The former England international tweeted that the win over Manchester United is the making of Frank Lampard as a manager.

A managerial star is born. Congratulations to @dcfcofficial and well played Frank Lampard and his team.

Lampard will be delighted with the way his side performed against a Premier League giant. Derby were on the front foot right from the start and they controlled the game with their movement, work rate and crisp passing.