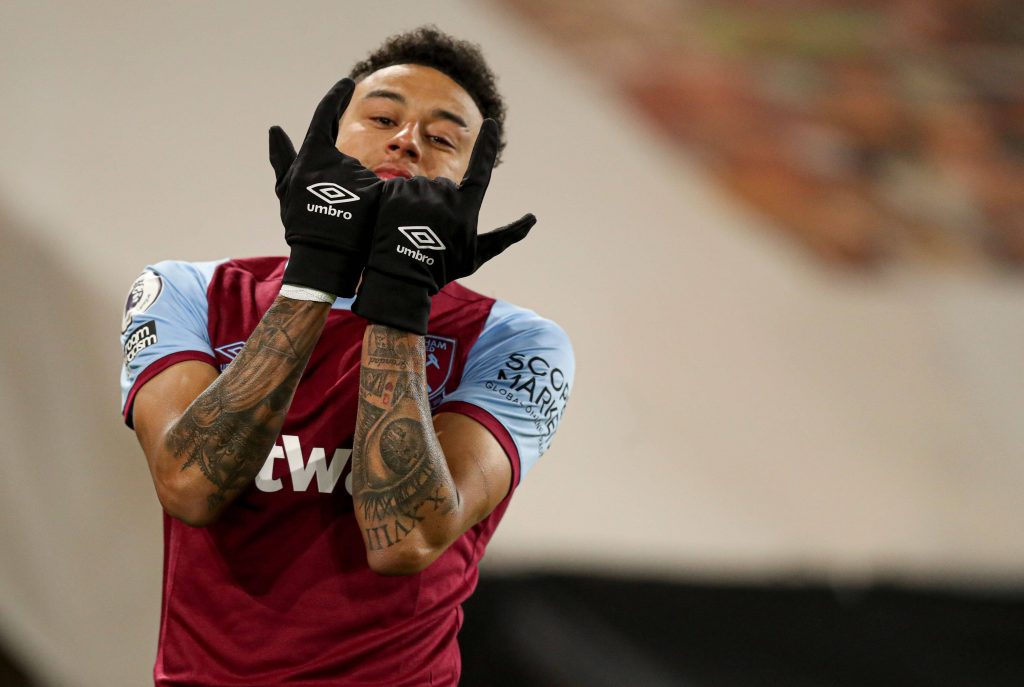 Manchester United’s link with their academy is synonymous, and the list of talent which has come through the ranks onto the pitch at Old Trafford is endless.

However, progression into the first team isn’t something which comes easy, and even the most famous players – including David Beckham – sometimes have to go out on loan to prove their worth.

We’ve profiled some of the United players currently out on loan this season – both young and old – and assessed their chances of returning to Ole Gunnar Solskjaer’s squad in the future.

We’re going to start off with the players currently loaned out to clubs within the United Kingdom, with Jesse Lingard undoubtedly the pick of the bunch since his move to West Ham United.

The 28-year-old is the only name on this list to be playing in the Premier League. He came through the ranks at United, making his debut for the club on the opening day of the 2014/15 season against Swansea City.

With only three appearances in all competitions for United this season, he made the loan switch to the London Stadium in January and hasn’t looked back since, netting six goals and grabbing four assists in eight appearances.

Lingard is back in contention to go to the European Championships with England this summer, but we have probably seen the last of him at Old Trafford as the Hammers are believed to want to make the loan move permanent.

The midfielder is seemingly not in Solskjaer’s plans and could even be playing Champions League football with West Ham next term.

Down to the Championship now, which plays host to three Red Devils loanees, including young midfielder James Garner at Nottingham Forest.

The 20-year-olds was with Watford at the start of the campaign but left in January having had a spell out of the team and joined Forest for the second half of the season.

Since then, he has enjoyed a place in the starting 11 on all bar one occasion, becoming an integral part of their team.

Despite this, it’s unlikely that he will play a big role for United next season, and another loan move is probably on the cards.

Joel Pereira went out on loan to Huddersfield Town at the start of this campaign, acting as their back-up goalkeeper.

The 24-year-old has made just two appearances for the Terriers, but it’s fair to say that both of them have been the stuff of nightmares.

A 4-3 loss away at Stoke City in November was followed by a 7-0 defeat to runaway league leaders Norwich City earlier this week.

His contract at Old Trafford expires this summer, and after just three appearances in all competitions since a debut in January 2017, the exit door seems to be edging closer as the days pass by. 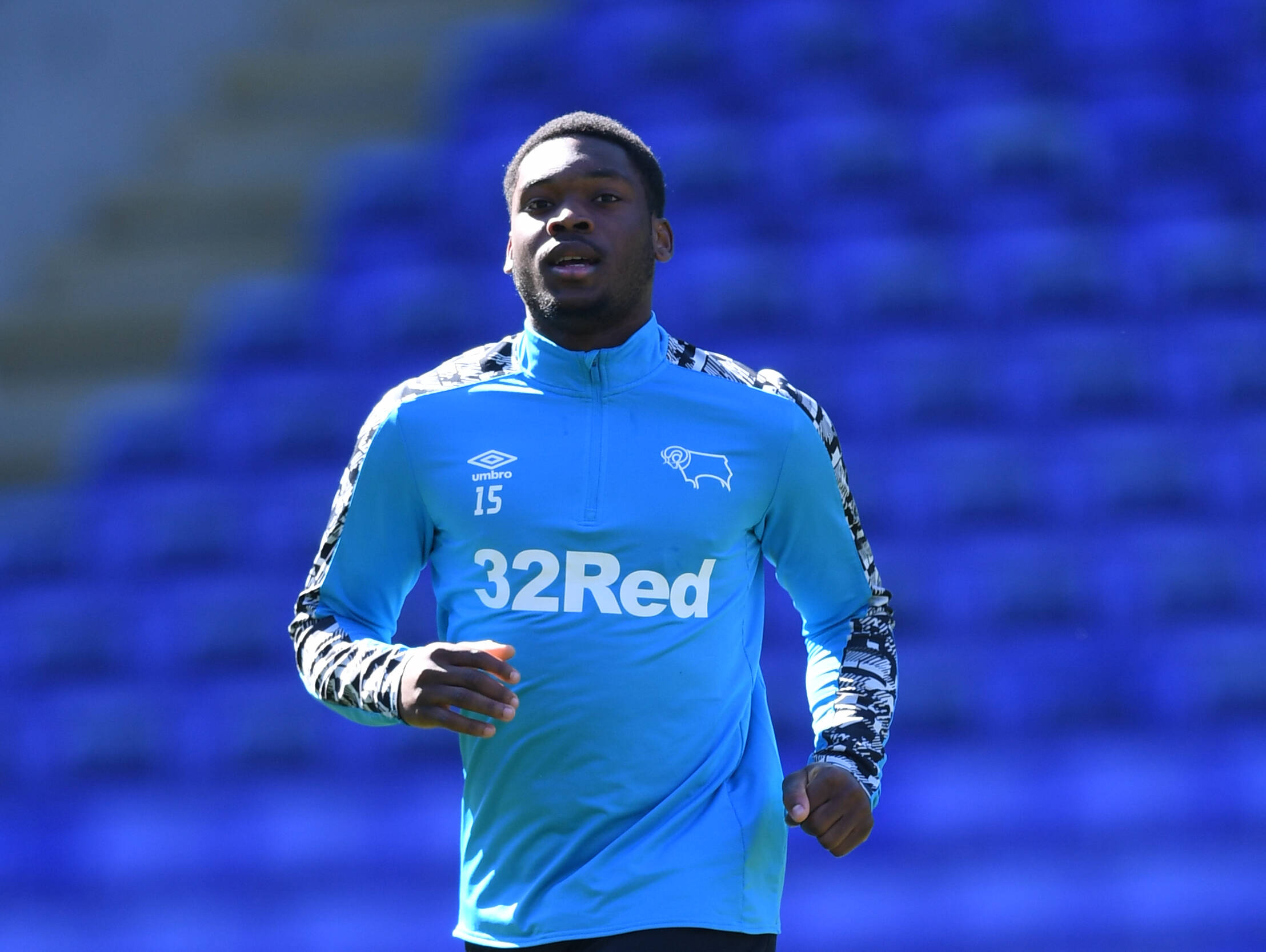 Yet to make a senior appearance for the Red Devils, Mengi is actually playing professionally for the first time in his career.

The 18-year-old has made eight appearances in the Championship while attempting to help Derby avoid relegation in what has been a troubled season for the Rams.

Like Garner, a place in Solskjaer’s squad seems unlikely just yet, but another successful loan move next season – perhaps sticking with Derby – may be the correct move in terms of his progression.

Fellow defender Laird has been with League One side MK Dons since January, making 18 appearances in the league and one in the FA Cup against Premier League Burnley.

The Dons still have an outside chance of finishing in the play-off spots, so the 19-year-old will be hoping to be involved in a promotion race as this campaign draws to a halt.

Laird has previously made two senior appearances for United, both coming in the group stages of last season’s Europa League, but as with those profiled above, more loan moves are likely to aid his development.

The final Football League loanee this campaign is Bernard, also a defender, who hasn’t had to travel very far at all for his opportunity with League Two Salford City.

Bernard – currently 20 – joined the Ammies in October and has since made 24 appearances, though none since Gary Bowyer took over as manager from Richie Wellens in March.

A sole senior appearance for United did come in the Europa League last season when Solskjaer’s side lost 2-1 away to Kazakhstani team FC Astana.

Gaining experience is clearly a positive move for United’s youth, and Bernard is no different as he looks to try and make a name for himself.

Young keeper Carney is the final player out on loan from Old Trafford within the UK, as he has been plying his trade in the Northern Irish Premiership with Portadown since January.

Earlier this campaign, he was with non-league side Brighouse Town, but that loan move ended when non-elite sport was stopped by the government due to the coronavirus pandemic.

Carney has become the first-choice ‘keeper at Portadown, though the Ports are having a poor season and sit tenth in a 12-team league.

At 19, Carney is yet to make a senior appearance for United, but we have seen loan moves work out for Dean Henderson recently, who now looks to be Solskjaer’s number one. 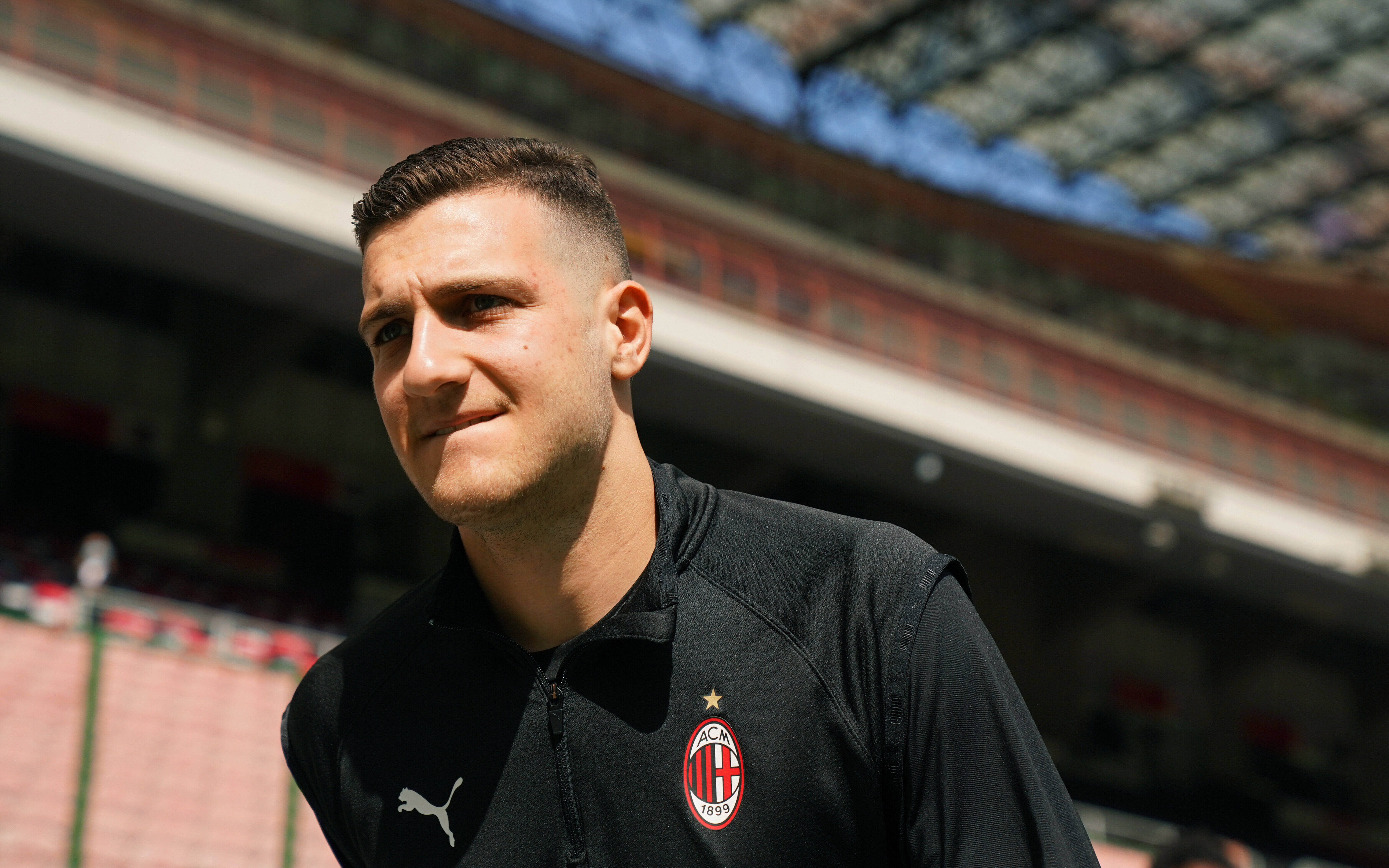 Away from the UK now, we start in Italy with Diogo Dalot, who actually played for his loan side AC Milan against United in the Europa League earlier this season.

Having made one appearance for the Red Devils this campaign – against Brighton and Hove Albion in the Carabao Cup – Dalot made the switch to Milan in October.

The defender has played 24 times for the Italians in all competitions so far, scoring twice. His contract at United runs until 2023, but with the full-back positions at Old Trafford pretty much filled now, a return to Solskjaer’s side isn’t looking likely.

Also in Italy is Andreas Pereira, with Lazio since October who are vying to qualify for European football once again having exited this year’s Champions League at the round of 16 with a defeat to Bayern Munich.

More experienced than most of those profiled, attacking midfielder Pereira has made 19 appearances in Serie A so far this season, netting once, and was a regular under Solskjaer last season at United until Bruno Fernandes entered the building.

Because of Fernandes’ star quality, Pereira will find it hard to compete for a place in the Red Devils side now but does have a contract until 2023 so time will tell on his United future.

Highly-rated 19-year-old Pellistri signed for United in October and was loaned to La Liga side Alavés in January.

A tricky winger, Pellistri has made six appearances for the Spanish outfit but suffered a muscle tear injury in the latest of these against Celta Vigo.

The injury is not expected to be serious, and the Uruguayan will be available for the final part of the season to help Alavés’ bid to survive relegation.

Pellistri made two appearances in the EFL trophy for United’s Under-23’s this season, scoring against Accrington Stanley, and is contracted at Old Trafford until 2025.

Senior appearances for Solskjaer’s side will likely be on the horizon for him sooner rather than later too, especially if he manages to impress in Spain until the end of the season. 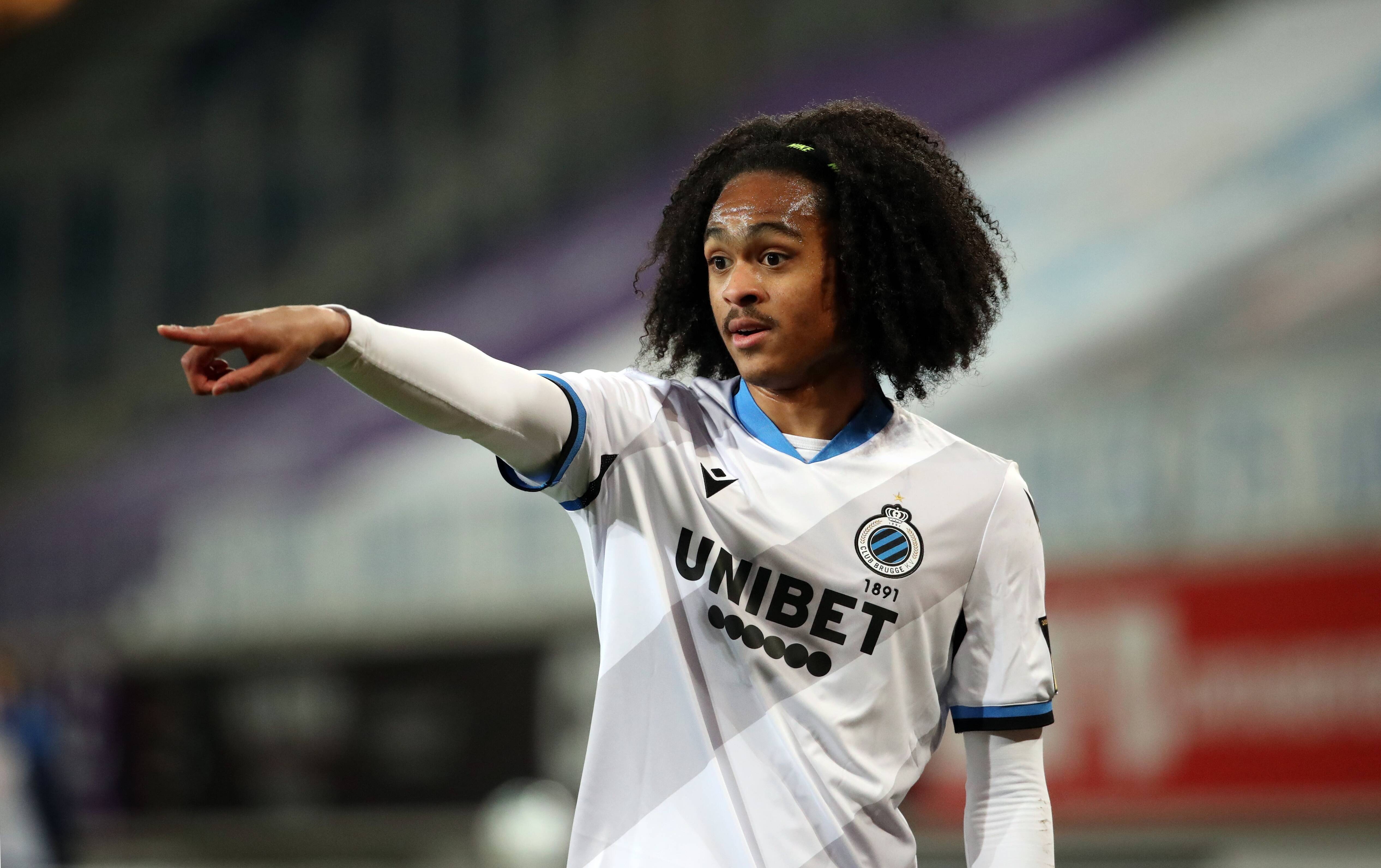 Away from Europe’s ‘elite’ leagues now and into the Belgian Jupiler Pro League with Club Brugge’s Tahith Chong.

Chong’s name is amongst the most recognisable on this list as he has actually made 16 appearances in all competitions for United, including 12 last season.

The 21-year-old publicly wanted a move away from Old Trafford in the summer and got one to Werder Bremen in the German Bundesliga which didn’t work out as he was used sparsely as a substitute.

A January switch to Club Brugge ensued, where he has enjoyed a little more success with four assists and a goal in nine appearances.

Chong has already said he doesn’t see himself back at Old Trafford next season despite his contract expiring at the end of the 2021/2022 campaign.

Central midfielder Traore has been in his native France with Ligue 2 outfit SM Caen this campaign, making 19 appearances.

Most of his game time has come off the bench, and he is yet to net his first goal of the season.

His contract at United expires this summer, and it doesn’t look likely that the 20-year-old will make a senior appearance before leaving the club.

Last but not least of the loanees to be profiled is Welsh international Dylan Levitt, who may stake the claim for the most obscure loan away from Old Trafford this campaign – NK Istra 1961 in the Croatian top-flight.

Levitt – who has made one senior appearance for the Red Devils – started this season in League One with Charlton Athletic. However, with just three league appearances by January, the midfielder opted to terminate the loan.

A few weeks later, he found himself in Croatia’s 1.HNL with NK Istra but has only had one cameo appearance off the bench since.

At 20, Levitt clearly has more development to come, but he needs to start playing games if he is to have any chance of competing for a place at United in the years to come. The Welshman’s contract with Solskjaer’s side ends in the summer of 2022.