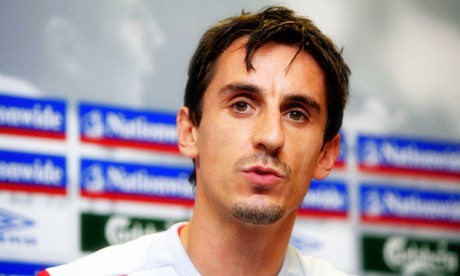 Everton suffered a 3-1 defeat at the hands of Bournemouth at the Vitality Stadium on Sunday, with their away-day blues laid bare once again.

The Toffees lost 2-0 to Aston Villa when they visited the newly-promoted side and were held to a goalless draw at Selhurst Park by Crystal Palace during the opening weekend of the season.

Everton put Watford and Wolverhampton Wanderers to the sword at Goodison Park, but are struggling on the road just like they have done in recent seasons.

The Merseysiders won just thrice away from home in 2017-18, four times in 2016-17 and five times last term, and they clearly must do better if they are to ever realize their top-six dreams.

Manchester United legend Gary Neville thinks he knows why Marco Silva’s side struggle on the road, citing fragility and belief.

Here is his reply during a Q&A session on Twitter when an Everton asked “why is Everton’s away form so bad in contrast to how we play at home?!”:

Still a fragility with them and belief issue. It frustrates me so it must frustrate Everton fans https://t.co/2PFgygCWMO

Silva has a huge conundrum on his hands, and finding a way to solve it will prove crucial to Everton’s hopes of playing European football.