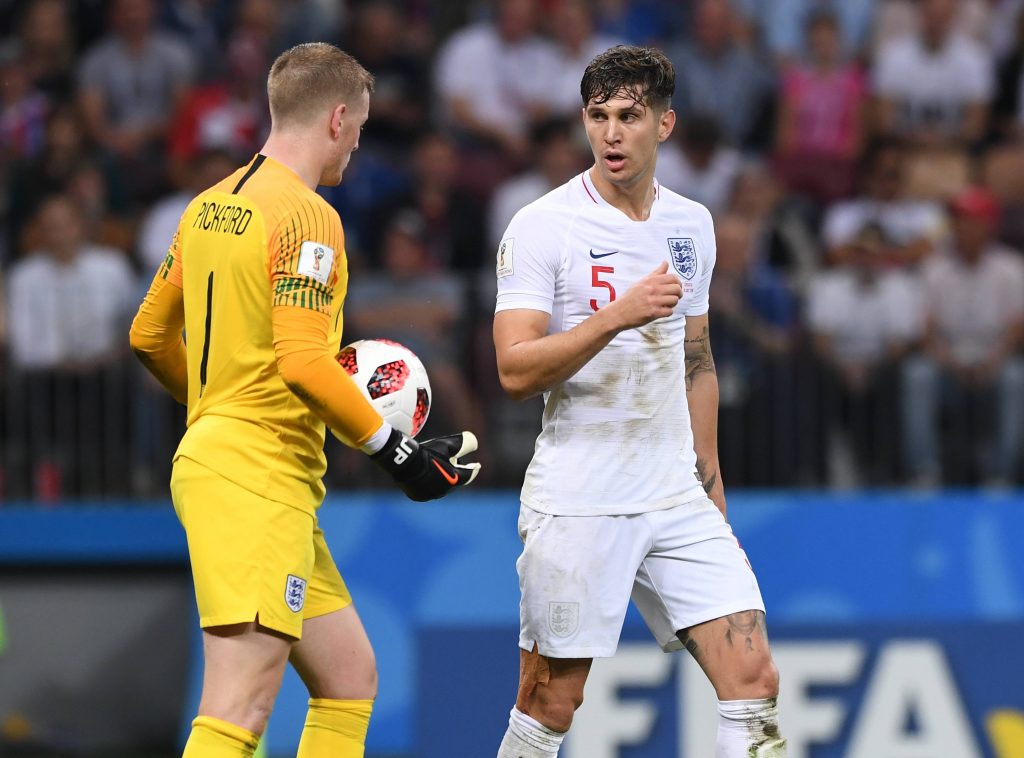 According to The Telegraph, the duo appeared to be involved in a heated debate towards the end of the first-half over the goalie looking to go long and the Man City defender wanting the ball at his feet.

Three Lions manager Gareth Southgate has sent a message to the Everton star and his Man City counterpart, insisting such tactics could be deployed as and when deemed fit.

“I think they were just deciding, we give them pictures and it depends how the opposition press and there were times where it was on to take on,” the England boss replied when asked whether Pickford and Stones were debating the use of long balls.

“We don’t have as long to work on those patterns playing from goal kicks as you do at a club, and also we’re one mistake away from it being more costly, across 38 games that’s different. Those guys are able to make those decisions.

“We give them possible patterns depending on how the opposition are pressing, there was a little spell where we went long and we just talked about that at half-time.

“We didn’t want to do that every time. But there are moments to go longer – we’ve got a centre forward who wins more of his share of the ball.

Despite their initial differences, Pickford and Stones shook hands and celebrated England’s win and clean sheet after the 1-0 victory, and they have put the episode behind them.

Given that Everton and Man City do not have the same playing pattern, the brief argument between the duo is understandable.

However, they must decide when to play long and go short, and Southgate has made his message clear.

Pickford will also need to perfect his long balls, as losing possession every time he takes a goal kick could work in the opponents’ favour.

England need a united defence and squad if they are to win Euro 2020, and the goalkeeper and his centre-back have to work towards that in the coming games.

The Three Lions face the Czech Republic and Scotland in their next group games, and will fancy their chances of advancing to the knockout stages as leaders.