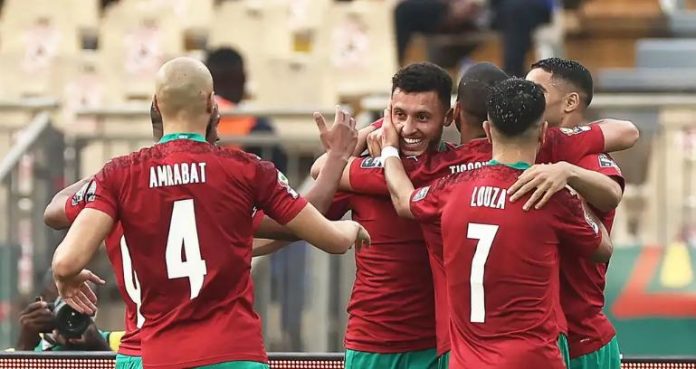 MOROCCO plays against Gabon at the Ahmadou Ahidjo Stadium on Tuesday, as the group stage of the 2021 AFCON comes to an end.

If you’re willing to watch Gabon vs Morocco in the African Cup of Nations, bet365 has got you covered.

If you are a new user, you can register an account with bet365 and watch Gabon versus Morocco live stream. To watch the live stream, you must have either a funded account or have placed a bet within the past 24 hours prior to the event.

Gabon hopes to continue its winning streak with a great result. Gabon has seen it all in their last three matches by winning them. Moreover, they were defeated 2-1 by Egypt before avenging themselves with a 1-0 victory over Comoros. In their most recent play, they were held to a 1-1 draw by Ghana.
Morocco is unstoppable right now, having extended their victory streak in their most recent match. They lost on penalties to Algeria in the Arab Cup final following a 2-2 draw in their previous three matches. They bounced back with a 1-0 win over Ghana before defeating Comoros 2-0 in their most recent match.

When does Gabon vs Morocco kick-off?

Gabon has not reported any injuries so far but Pierre-Emerick Aubameyang, Axel Meyé, and Mario Lemina are doubtful for this match.

Morocco will play without Badr Benoun because of his injury.