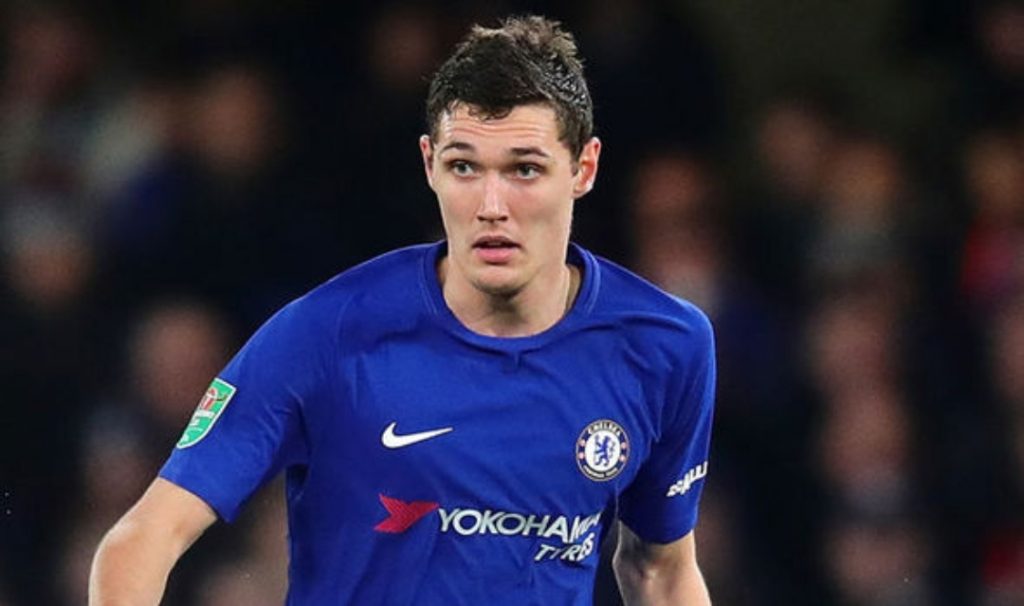 The Blues centre-back has endured a frustrating season, making only two appearances as Sarri prefers the experienced pair of David Luiz and Antonio Rudiger as his primary centre-back partnership.

Speaking to Danish TV, his father and agent Sten Christensen, revealed he plans to hold talks with Chelsea regarding his son’s future.

“If his situation doesn’t change around Christmas, we’ll obviously schedule a chat with Chelsea and say, ‘okay, what can we do for Andreas? Can we move him?’”

The 22-year-old joined Chelsea from Brondby IF in February 2012. Starting off in the youth ranks, the young dane progressed to make his first-team debut in October 2014.

A two-year loan to Borussia Monchengladbach proved to be a huge success with Christensen picking up a player-of-the-year award and international recognition.

On his return to Stamford Bridge he became an integral part of Antonio Conte’s starting line-up.

It’s unlikely Chelsea will want to lose such a wonderful young talent. Christensen has proved himself at the top level and still has potential to go on to become one of the best.

Chelsea must be careful though. It wouldn’t be the first time The Blues have lost a young talent with the likes of  Kevin De Bruyne, Romelu Lukaku and Mohamed Salah starring for Premier League rivals.

It’s a long old season and I have no doubt Sarri will use him as the games rack up. For now it’s hard to fault his first choice pairing that have conceded only five Premier League games.

The Danish international needs to knuckle down and prove to his boss that he can perform to the same, if not better standard currently being shown by Luiz and Rudiger.