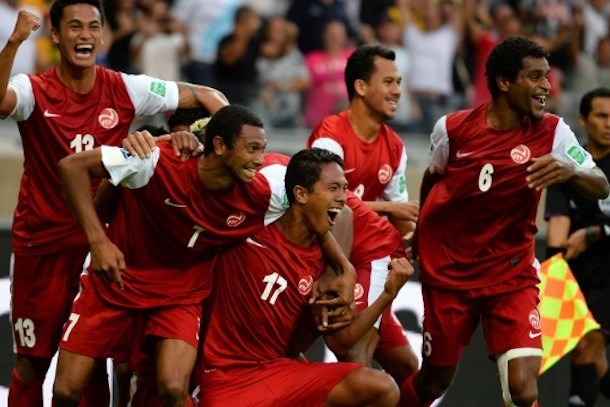 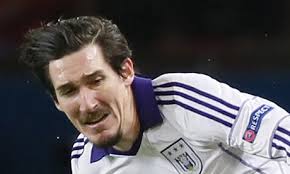 “After a perfectly normal challenge, Ibra turned to me and provoked me, making a joke about my mustache, saying, “That is really terrible.” I told him he should think about his nose.” – Sacha Kljestan

“He (Suarez) bit someone. It happens.” – Mike Tyson

“After some games this season I haven’t needed to have a shower. Yes I guess sometimes it is boring being in goal.” – Manuel Neuer on goalkeeping for European Champions Bayern Munich.

“Luckily, I have my wife and two kids. If left alone in Blackburn, I’d have already hanged myself.” – Gael Givet on living in Blackburn.

“The Germans do well economically and we respect that. They are the only ones that make money in Europe. That’s why we’ve chosen a German.” – Arsene Wenger on the choice of German Per Mertersacker to collect fines at Arsenal.

“Today at training journalists even started talking to me on the field, which is not normal. They shouldn’t be allowed. I think France is not used to having someone in their country who is of my level.” – Zlatan Ibrahimovic after signing for PSG.

“When the coach told me I was playing, I said: ‘We’re going to Brazil.’ It doesn’t matter how. If I’d had to score with my hand, the ball would have been in the back of the net” – Mamadou Sahko, invoking a little too much Theirry Henry after France’s 3-0 playoff win over Ukraine.

“People have a good image of me. It’s not these tramps who are going to tarnish my image. They should stop lying to the French people. It annoys me that people talk about ‘your image’. My image is great in France. When I’m abroad, I don’t even talk about it. But in France it’s just these people, these parasites” – Patrice Evra on the French media

“We wanted to bring happiness to the Egyptian people but we couldn’t. I apologize again.” – Bob Bradley

“These guys have big hearts and brass balls” – Caleb Porter on his Portland Timbers.

“I was so pissed at him. I remember thinking, Just f****** put it in and you get to go to the biggest tournament in the world. You’ll remember it forever. He was a guy who thought he was a shoo-in but didn’t put the work in. Thankfully, he got left off because that would have been disrespectful to guys who were working hard.” – Jimmy Conrad on how Freddy Adu lost his chance to go to the 2006 World Cup after finishing last in a 20-minute fitness run…assistant coaches Glenn Myernick and Curt Onalfo both finished before Adu. (Grantland, Soccer365)

“I am wrapping up my career that was filled with the joy of victory and agony of defeat and would like to bid goodbye. I also want to apologize to many fans. Korea’s biggest weakness in the 2000s was an unstable defense and I was part of the problem. It may have been not so obvious but there were many games my team lost because of me. If I were to evaluate my overall performance, I would award myself 80 points [out of 100] as a player but 100 as a person who enjoyed and loved soccer.” – Lee Young-Pyo summing up his career upon retirement.

“We have guys doing different jobs, but nine of the squad are unemployed. Some of them are delivery boys, a truck driver, some of them are PE teachers, some are accountants. And we also have a player – Teheivarii Ludivion – he wakes up every day at 4:30 in the morning and climbs mountains all day long. He is a mountain climber, but he will climb anything. He climbs coconut trees, he climbs all kinds of things and then he comes training.” – Tahiti coach Eddy Etaeta on his squad of amateurs. (Reuters, Soccer365)

“Since we only have 24,000 at our disposal, we will only be able to fulfill every 20th request.” – Hans-Joachim Watzke, Borussia Dortmund’s chairman of the board, on the half a million applications for tickets to the 2013 Champions League final against Bayern Munich at Wembley. (Soccer365)