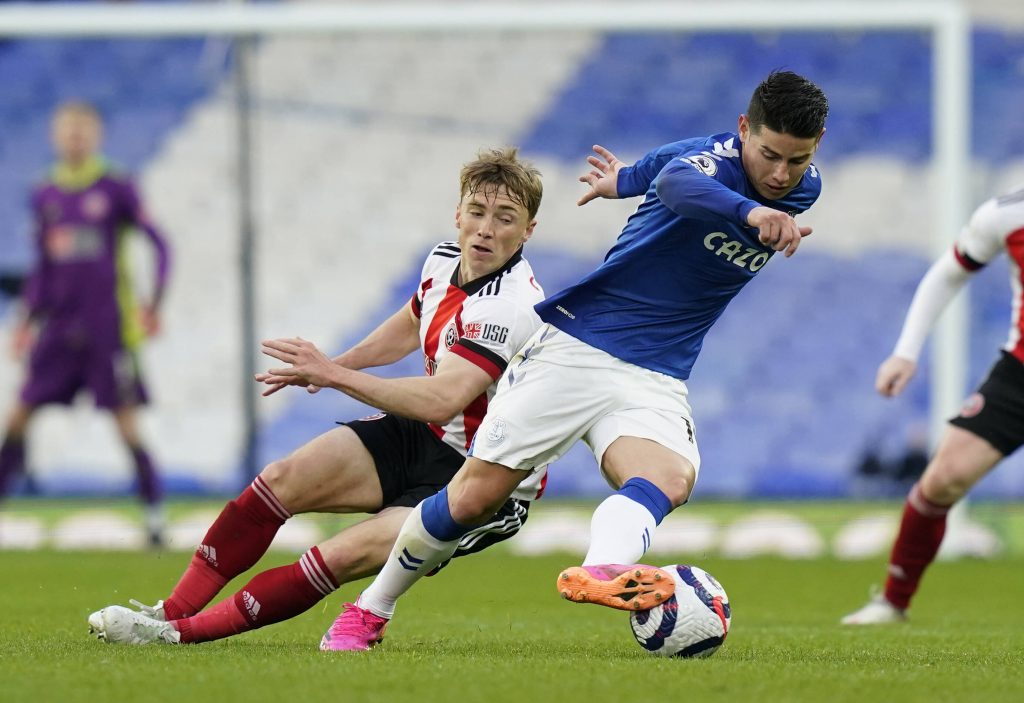 Rodriguez joined the Toffees in a surprise move from Real Madrid last summer after getting the chance to reunite with manager Carlo Ancelotti.

He had an injury-plagued campaign for the club but still impressed with six goals and nine assists from 26 appearances across all competitions.

Earlier this month, Ancelotti left the Toffees to secure a return to Real Madrid, and this has led to serious doubts over Rodriguez’s future at the club.

It is now reported that Atletico, Milan and Napoli have been offered his services by his agent. A return to Madrid with Ancelotti is deemed difficult.

Rodriguez reportedly arrived on a free transfer last summer. It is claimed that the Colombian could be available for a maximum fee of €20 million.

The Colombia international has one year remaining on his Toffees contract, but the club have the option of extending it by another 12 months.

Despite his injuries, he was one of the top attacking players for the club last term, and the hierarchy would prefer to keep him next season.

However, they would not want to hold onto an unsettled player. This could pave the way for his exit after just the solitary campaign.

Among the above-mentioned clubs, a move to Milan seems the most lucrative option after the recent departure of Hakan Calhanoglu.

Calhanoglu left the Rossoneri on a free transfer to join rivals Inter Milan, and Rodriguez could perfectly fit in the number 10 role.

Milan are close to sealing another loan deal for Madrid’s Brahim Diaz, but Rodriguez’s experience could come in handy for them in Europe.

Milan are back in the Champions League after a seven-year wait. Rodriguez could relish the chance to join the Rossoneri if they can sort out a fee.