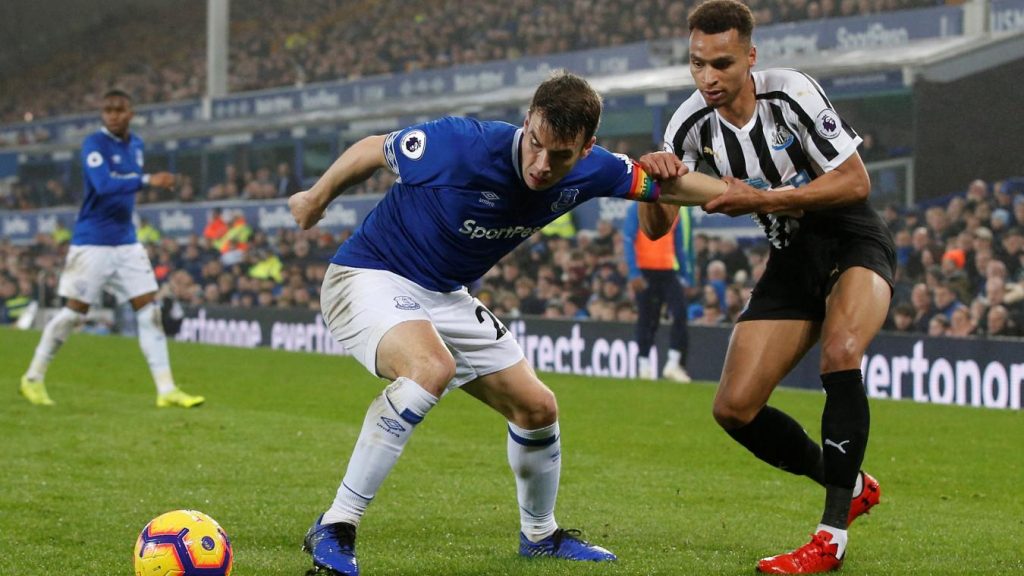 Everton right-back Seamus Coleman has been at Goodison Park since January 2009, and only centre-back Leighton Baines has spent more time at the Merseyside club than him.

The Ireland international has been a constant presence in the first-team ever since, featuring in 241 Premier League games till date.

Coleman has played in 23 league games under manager Marco Silva, and while he is getting closer to retirement, he has already made up his mind as to what to do next when he finally hangs the boot.

The former Sligo Rovers man has revealed that he could start undertaking his coaching badges this summer after injury prevented him from doing so two summers ago.

“I have been in touch with the people back home about starting my badges,” Coleman told Sportsmail.

‘I wanted to start in the summer that I broke my leg (2017) but, me being me, I thought everyone would be thinking, “He must be worried about getting back from his injury”.

“So I parked it until I got back. I might start this summer, we’ll see. But it’s something I’m interested in. I sit at home and study football, I watch managers in training. I try to learn. I’m football mad, really. Football is my life. I want to be a manager. It’s something I definitely want to do.”

The fullback suffered a broken leg during a World Cup qualifier against Wale in March 2017, and didn’t return to action until January 2018.

It remains to be seen when Coleman will call it a day as a professional footballer, but Everton will surely be willing to support his managerial career, and it will be interesting to see how he fares in the dugout.