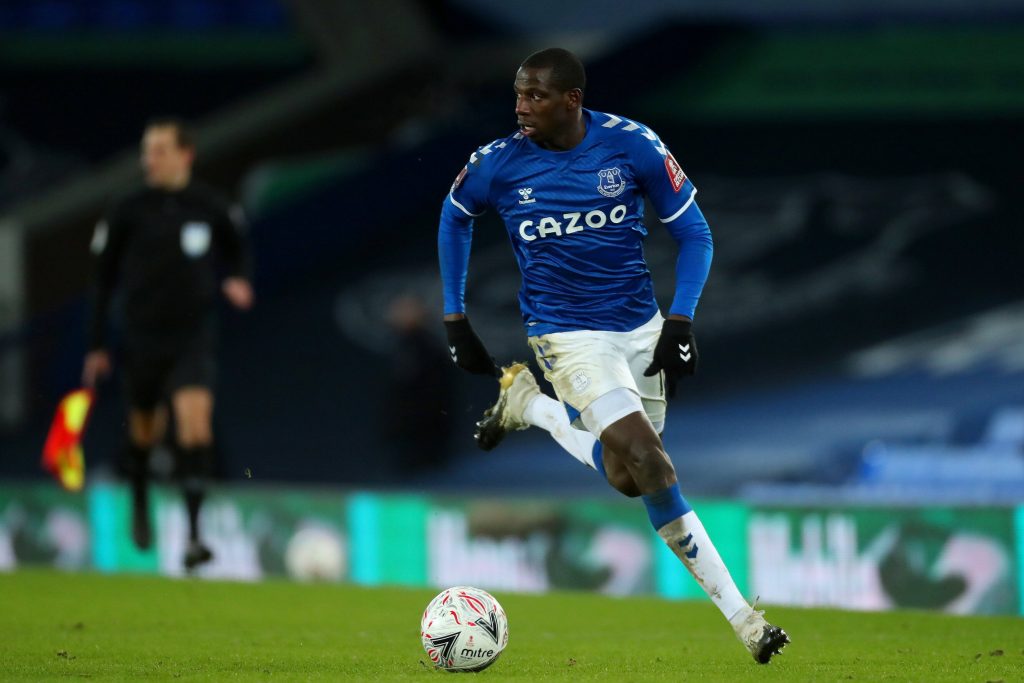 Everton midfielder Abdoulaye Doucoure has revealed that he is confident of playing again this season, having suffered a foot injury in March.

The Frenchman has been a key player for the Toffees since joining from Watford last summer.

Doucoure joined in a reported £20 million deal, following Allan and James Rodriguez to Goodison Park in an impressive recruitment drive from Marcel Brands and Carlo Ancelotti.

Since then, Doucoure has made 30 appearances for Everton, scoring three goals and assisting three more.

It is also no coincidence that Everton are yet to win a game since the Frenchman’s injury, losing against Chelsea and Burnley before drawing with Crystal Palace.

Ahead of Everton’s clash with Brighton & Hove Albion on Monday, Doucoure has given an injury update on social media.

The midfielder explained that his rehabilitation is ‘going very well’ so far.

Doucoure also revealed he is confident of playing before the season is over, before claiming he will finish the campaign ‘the strongest I can’.

That will come as a big boost for Carlo Ancelotti and Everton, who could still be in a fight for the top six by the time Doucoure returns to action.

Hi everyone I hope you are doing well, my rehabilitation is going very well so far, I’m confident I can play this season again anyway i can't wait to come back on the pitch and finish this Season the strongest as I can. Thanks for all the support #Everton💙💪

SL View – How important is Doucoure to Everton?

While Doucoure has not been sensational individually this season, the Frenchman is key to how Everton are set up under Carlo Ancelotti.

The Italian favours a defensively solid formation with the ability to spring counter-attacks at pace when the ball is won.

With that in mind, there is no one in the Everton squad with the ability to get up and down the pitch like Abdoulaye Doucoure.

The Frenchman has been important in both the attack and defence while also providing solidity in the centre of midfield.

His effect on the team is often noticed when he is not playing, with the midfield struggling somewhat in the last three games.

Getting Doucoure back fit before the end of the season could be key to Everton securing European football for next season.

Read More: Gary Neville comments on where Everton will finish the season.