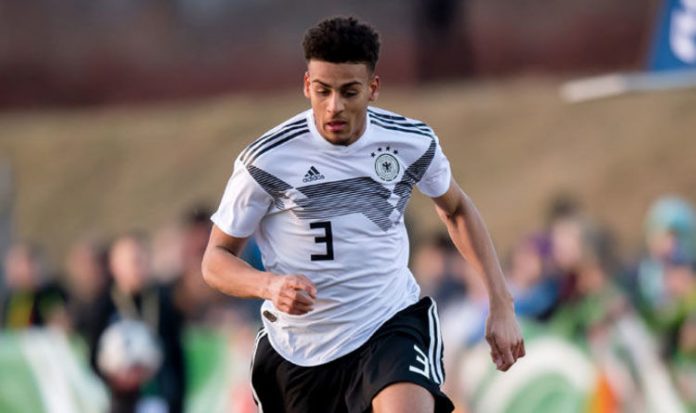 Everton are interested in signing the Hamburg defender Josha Vagnoman

Vagnoman is the second youngest player to play in the Bundesliga ever and he is regarded as one of the finest young talents in Germany right now.

As per the report, Chelsea and Arsenal are interested in signing the player as well.

The Hamburg defender made his senior debut against Bayern Munich at the age of just 17 and his performances have impressed a lot of clubs around Europe.

Apart from talent, Vagnoman’s versatility is a massive plus. The 17-year-old can play at either left or right full-back positions.

He was a key member of Germany’s Under-17 World Cup campaign and he could be a fine addition to the Everton youth team for now.

Marcel Brands wants to bring the best young talents to Everton and he has identified Vagnoman as a target. It will be interesting to see whether the Toffees can beat the competition now.

Arsenal’s head of recruitment Sven Mislintat has strong connections in Germany and Chelsea have been watching the player closely as well.

Vagnoman’s current deal expires this summer and therefore he could be signed on a bargain.