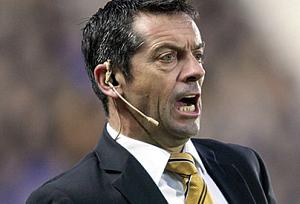 Hull City travels to Goodison Park looking for their first away win in the EPL as they face 10th place Everton.

Both clubs lost their last matches but Everton remain in the middle of the table and Hull City is stuck in a relegation battle. The Toffees were on an impressive run with wins over Chelsea and Manchester United but lost last week at Tottenham Hotspur. Hull City have only one win in their last six and lost 0-3 at West Ham United last week.

Hull have struggled all season and have a horrible -28 goal difference on the road 0-4-10 record. Everton has a strong 7-5-2 record at Goodison Park and +6 goal difference. Since January, Everton have been on the rise and have showed signs of challenging for a spot in the Europa League. It’s unlikely they will earn that spot but a win on Sunday could move them up to 8th place. Hull are tied on points with Wolves but behind on goal difference. A point on the road would be a bonus for Hull as they will expect to get most of their points at home.

Everton did not look strong in their last two matches but they should recover on Sunday. Tony Hibbert, Louis Saha, and Marcus Fellaini are out for Everton due to injury. Tim Cahill, Phil Jageilka, James Vaughan, and Philippe Senderos are doubtful but could be available. Anthony Gardner and Craig Fagan will miss the match but Jimmy Bullard could returnn for Hull. Bullard’s injury coincided with a drop in form for the club. He’s been their player when healthy and provides a much needed boost in the midfield.

While Hull could have Bullard returning, Everton have a stronger and much more dangerous team. A win is likely for the home side but Hull could play an inspired match with key players back from injury.

Everton will win the match 2-0.