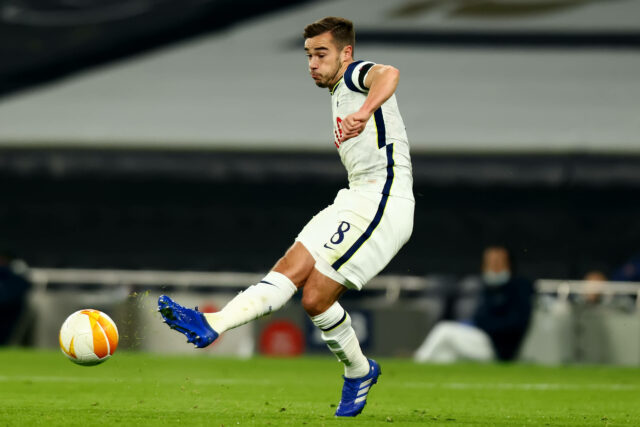 Everton fans have taken to Twitter to express their reaction to reports linking the club with a move for Harry Winks.

Italian journalist Fabrizio Romano has claimed that signing Winks is a possibility for Everton, who are looking to bolster their midfield this summer.

The 25-year-old has dropped down the pecking order at Tottenham Hotspur, and they are looking to offload him.

Spurs have told the England international that he can leave, and they are ready to sell him for around £25 million.

Winks struggled last season under Jose Mourinho, and it seems he is not in Nuno Espirito Santo’s first-team plans either.

A technically gifted midfielder, Winks is excellent at recycling possession and controlling the tempo of the game.

However, many Everton fans are not pleased with the club’s intention to sign Winks, as they feel he won’t be an upgrade over the current group of players.

What a pointless player!

The boy has talent, worth a shot for the right price 😐

Pass…. We already have this type of player

Another nothing player. We’ve enough of them already!!

Another Tom Cleverley for me. No thanks.

Winks could be a smart addition for the club if Rafael Benitez allows either Andre Gomes or Tom Davies to leave this summer.

The England international need to move away from Spurs to resurrect his career and a move to Goodison Park would be ideal.

Read: Heung-min Son has signed a new contract with Tottenham.