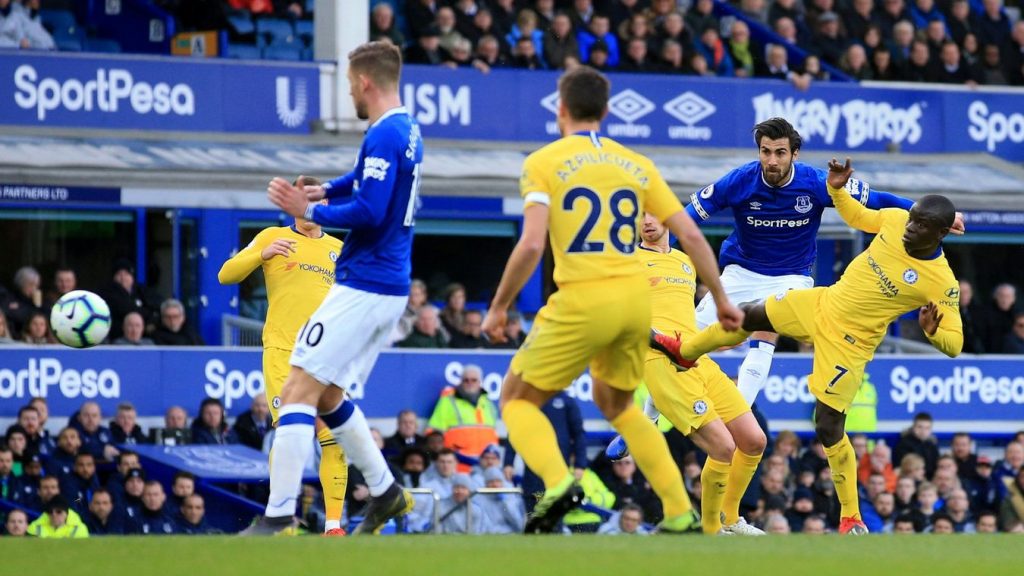 Everton picked up an impressive 2-0 win over Chelsea in the Premier League last night.

The Toffees were desperate for a win after the poor display against Newcastle and the fans will be impressed with the performance.

Goals from Richarlison and Sigurdsson sealed the three points for Marco Silva’s side.

Meanwhile, this will be a massive blow for Chelsea in the top four race and it will be interesting to see how they recover from this one.

Everton players put in a very impressive display against Maurizio Sarri’s men yesterday but there were a couple of disappointments.

The 25-year-old Portuguese international has been underperforming for weeks and he will need to get back to his best soon.

The on-loan midfielder started the season very well but his form has dipped ever since.

Everton fans weren’t too impressed with his display and some of them have taken to Twitter to share their thoughts.

I’ve never seen the hype. Lad is weak physically and by his own admission, mentally. Can’t hack it when the pace quickens. And for Gomes read Sigurdsson too.

If Andre Gomes is unable to get Everton the slightest bit of control in a game like this, it’s a no for me.

Okay; I’ll be the one to say it. Andre Gomes is bang average, and we shouldn’t spend any more than £15 million on him. pic.twitter.com/ZnEb59TrQZ

Andre Gomes way off the pace.

The usual absolute shite. We half heartedly press with no agression to it, why do people want Andre Gomes btw? Seriously get him off to fuck and put Davies on. Fucking garbage