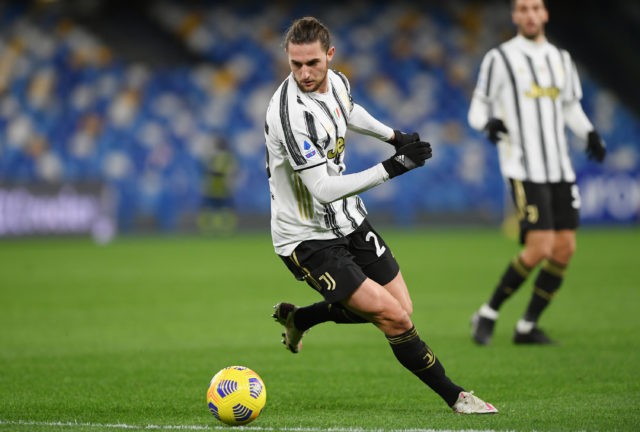 Everton are reportedly interested in signing Adrien Rabiot in the summer transfer window.

According to reports from France Football, Everton are “ready to do anything” to please Carlo Ancelotti and the Toffees are keen to sign Rabiot from Juventus.

The 25-year-old was on Everton’s radar in the summer but the Toffees signed Allan and Abdoulaye Doucoure instead to bolster their midfield.

Rabiot played under Ancelotti at Paris Saint-Germain, and France Football suggests that the duo could be reunited again in the summer.

Calciomercato has claimed that Juventus are ready to offload the French midfielder, and the Old Lady are demanding a fee in the region of €30 million. In fact, Everton are willing to meet that amount.

Rabiot has made 12 starts in Serie A this season and has one goal to his name.

Here are some of the best reactions from Everton fans on Twitter:

No way at that price tag

He’s not coming unless we get champions league football next season.

Fantastic player but another centre midfielder?

Quality. He would get the ball in quick to James and Richarlison. Need the midfield quickening up

Everton already have a solid defensive midfielder in Allan, but there’s no harm in adding depth to the squad.

But is he required? The money could be better utilised elsewhere.

He is undoubtedly a quality player, but Everton probably need someone who is more agile and dynamic in the middle of the park – an upgrade on Tom Davies.

Rabiot would also want to play for a club that can offer him Champions League football, although a reunion with Ancelotti could be tempting for him.