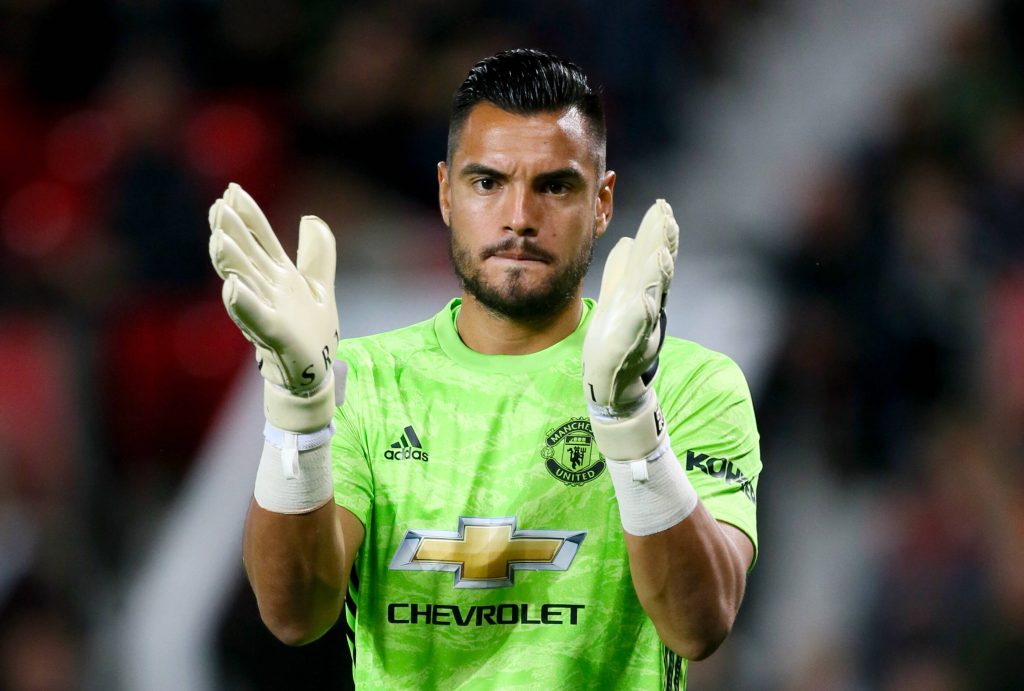 Everton are reconsidering a move for goalkeeper Sergio Romero, who will be a free agent when his Manchester United contract expires this month, The Telegraph reports.

Romero came close to joining the Toffees during last summer’s transfer window, but the Red Devils blocked his move to Goodison Park on deadline day.

The Toffees were prepared to pay a £2 million loan fee and cover his wages, but United wanted a permanent deal worth £8m for the Argentine.

They were also reluctant to do business with the Merseyside outfit, who had made a strong start to the season with four league wins from four.

The Toffees eventually landed the signature of Robin Olsen on loan from Roma. Romero did not make a single appearance for United over the entire campaign.

The ex-Sampdoria man has been linked with several Serie A clubs as he holds an Italian passport, but the Toffees are an option if he stays in the Premier League.

Olsen did a good job as the back-up goalkeeper, making seven league appearances.

It is unclear whether they will get the chance to re-sign him. The Toffees are still managerless, and the new head coach may have different ideas.

Amidst this, Romero has re-emerged on their radar, and it is unsurprising as the Argentine was desperate to join the club last summer.

Romero was entirely a back-up goalkeeper during his six seasons with United, but he had a solid record with 39 clean sheets in just 61 appearances.

The 34-year-old was previously the number one choice in goal for Argentina, but he has gone out of favour with his lack of game time.

A move to the Toffees remains a tempting prospect, but he could lean towards a return to a Serie A club, where he would be assured a starting role.

Jordan Pickford has been inconsistent at club level with the Toffees, but he has been the undisputed choice in goal under different managers.

Romero was in goal for United when they won the Europa League title against Ajax in 2017. It remains their last trophy.