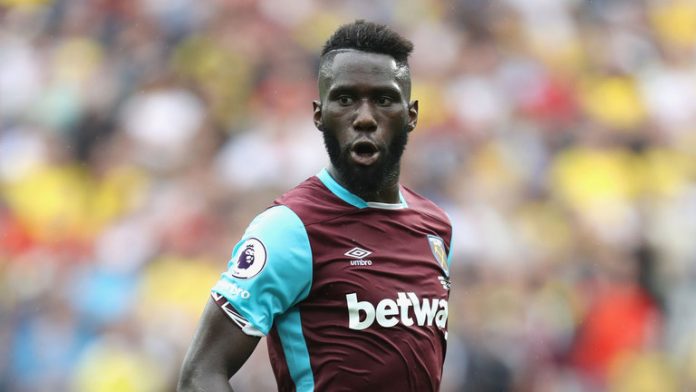 David Moyes will welcome West Ham defender Arthur Masuaku back into his match-day squad as the Hammers take on Southampton in a crucial Premier League clash on Saturday.

The Hammers will face the Saints at the London Stadium in a very important game, which Moyes has labelled as a ‘must-win’ game for both the sides.

Masuaku was handed a six-game ban by the Football Association for spitting at the Wigan midfielder Nick Powell in January.

The 24-year-old is now ready for a return, and his inclusion will boost the side. In the pre-match press conference, Moyes said that what Masuaku did was out of character, and that he is happy to welcome him back.

The West Ham boss has said that Masuaku gives a balance to the side, and he is good on the ball as well. Moyes added that he wants him to score more goals and get more assists.

“He’s a really good boy. What he done was so out of character but I have enjoyed working with him,” said Moyes, as quoted by Football London.

“He gives us a balance but we want to improve him, I want him to score more goals for me, get more assists but he is quick and good on the ball, he gives us a couple more options.”

West Ham find themselves in 17th position in the Premier League table, two points and a place above Southampton.