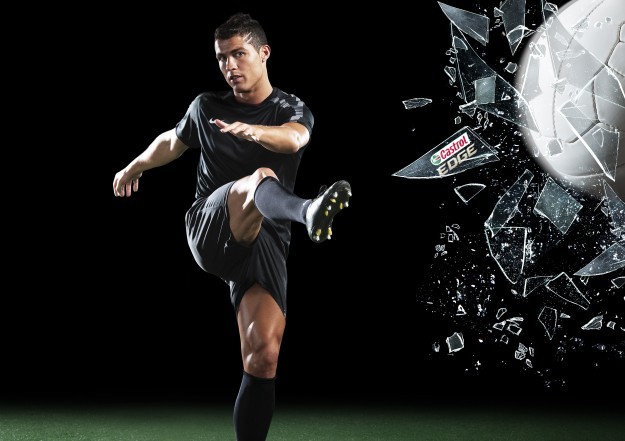 Last year Castrol EDGE presented Ronaldo Tested to the Limit, an award-winning documentary that showed the Portugal and Real Madrid forward showcase his strengths in a series of captivating challenges in the most scientific examination of a player ever undertaken.

Now, to celebrate the release of the documentary for free on iTunes, Castrol EDGE, Castrol’s strongest oil yet, and Ronaldo are counting down to one more epic challenge, and this time – in a ground-breaking twist – Ronaldo’s fans will get to test his skill for themselves live on Facebook.

Castrol EDGE is calling on fans everywhere to take part in the challenge – #RonaldoLIVE – by signing up on facebook.com/castrolfootball to be in with a chance of going head to head with Ronaldo on Thursday 17th May.

#RonaldoLIVE will be the world’s first interactive football challenge streamed live through Facebook from a state-of-the-art testing facility in Madrid. In the test, inspired by Ronaldo and Castrol EDGE’s Twitter followers, Ronaldo will face a barrage of footballs fired at him from chutes suspended above and he will have to receive, control and shoot each ball into one of four goals that surround him before the next ball is released.

Of the first 100,000 fans that connect to the #RonaldoLIVE Facebook app to watch live, fans will be selected at random to take part in the action, by selecting Ronaldo’s target and choosing the goals that he must shoot into.

Will Ronaldo have the lightning quick reaction speed, shooting accuracy and strength under pressure to control and successfully strike each ball? Or will his fans’ selections prove too much of a test?

All the action will be streamed live on both Castrol EDGE and Ronaldo’s Facebook pages (facebook.com/castrolfootball & facebook.com/Cristiano) on Thursday 17th May.

For fans that miss out on the live action, a mini-film will be released on Wednesday 23rd on youtube.com/castroledge and castroledge.com/ronaldo.

Castrol EDGE has been developed by experts and was tested to its limits to become Castrol’s strongest, most advanced engine oil yet. By applying the same rigorous testing to Ronaldo, #RonaldoLIVE will showcase the star player’s legendary skills, strength and agility.

Fans can download the award-winning documentary Castrol EDGE Presents Ronaldo Tested to the Limit as a free podcast on iTunes now by visiting: http://bit.ly/testronaldo.