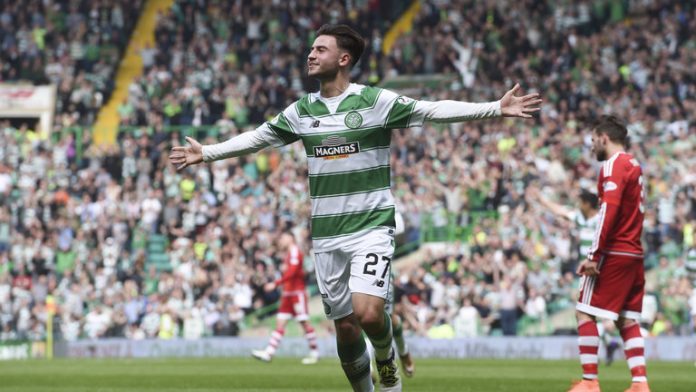 Patrick Roberts has been linked with a move to Celtic all summer and the former Celtic striker Chris Sutton believes that the player will end up joining the Scottish champions.

Roberts was on loan at Celtic for the last 18 months and he has managed to establish himself as a key player for Brendan Rodgers.

It is clear that the winger does not have a future at Manchester City and therefore another move is very much on the cards this summer.

Celtic are interested in signing the player and Daily Record claims that Roberts wants to return to Celtic as well.

However, the player is in Spain right now and the deal will take some time if it happens at all.

According to Celtic legend Chris Sutton, the Scottish champions will sign the player eventually. However, he has not mentioned whether it will be another loan deal.

He said: “I’ve had it on good authority that Patrick Roberts will sign for Celtic. 100% the player wants to come, it’s just a case of dotting the I’s and crossing the T’s.”

Sutton’s comments will come as a major boost to the Celtic fans.

Roberts was a key part of Celtic’s attack alongside Dembele and Sinclair over the last two seasons and the Hoops will be hoping to keep the trio at the club for another season at least.