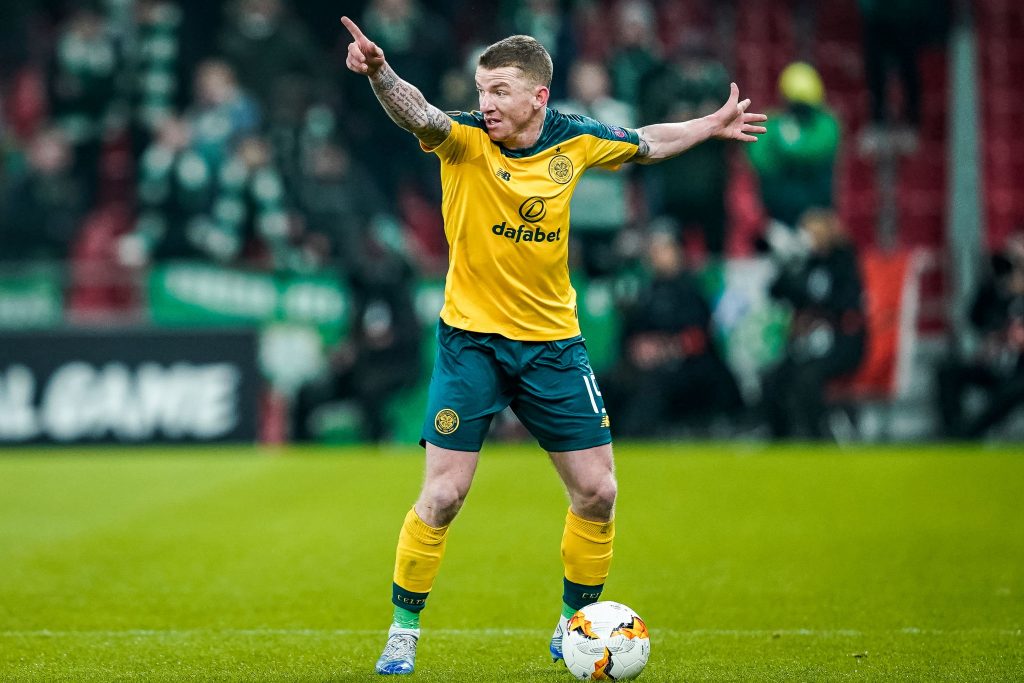 Irish winger Jonny Hayes has left Celtic after the club decided not to hand him a contract extension.

The 32-year-old joined the Hoops from Aberdeen for £1 million in the summer of 2017, featuring in 68 games across all competitions and helping the team to the last three Premiership titles.

While Hayes was never the first name on the team sheet, the versatile winger was the perfect squad player, offering manager Neil Lennon an option at left-back.

He had thought that a new deal was on the cards following contract chats with the Celtic boss in December, but none was offered, and the decision has left former Hoops star Chris Sutton disappointed.

“Whatever you feel about the rights and wrongs of Jonny Hayes and Jozo Simunovic being let go, it cannot be argued their removal from the scene leaves gaps in the squad in terms of reliable back-up. Hayes, in particular, struck me as a strange one. Simunovic I could just about understand as the Croat didn’t have a great record of appearance with injuries,” the Celtic legend told Daily Record.

“He made the odd error, but, in general, I thought he just didn’t play enough and was actually a reliable back-up. Hayes, though, was a bit more strange. I’m a fan of his as a squad player. He was always ready and willing when called upon and did a good job for Lennon whenever asked. The key thing about Hayes is he could do that job in three positions. As a left back, he went into matches and didn’t let his boss down. Playing as a wing-back, he also had the energy to get up and down his side and, in an emergency, he could cover the attacking left-sided position in a 4-3-3.

“Hayes was steady away, but if you think back to a game such as Hamilton away last season when Celtic were toiling at 1-1 against 10 men when he came on, he could impact enough and make a huge difference to help win the game. I don’t profess to knowing his contract situation, but there’s no way he was one of the club’s big earners, so with costs not so high and an ability to cover a variety of positions, it doesn’t make sense to me he’s gone. Especially when you consider Boli Bolingoli was never sighted once again having had a disaster against Rangers in the game last December when his team lost at home and has disappeared from the picture.”

Celtic will have to bring in a cover at left-back this summer, and the decision to let Hayes go also surprised Sky Sports pundit Charlie Nicholas.

He called the decision a strange one and insisted he would have given Hayes another contract as it would have been straightforward and within the club’s financial constraints.