Chelsea have submitted a 45 million Euros offer for the Portuguese international Joao Mario.

The Sporting midfielder has been linked with a move to the Premier League all summer. Portuguese newspaper Jornal De Noticias have confirmed Chelsea’s bid and are claiming that Sporting would prefer to accept it. 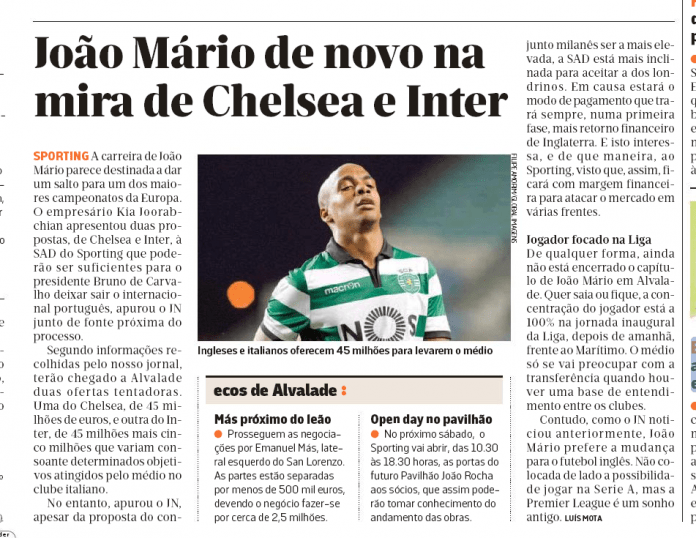 The report adds that Inter Milan are also interested in the player but Sporting would prefer Chelsea’s offer because they will get more money upfront. Apparently, Inter have also submitted a bid for the Euro 2016 star. The Italians have offered the same amount as that of Chelsea, but they have added a 5 million Euros bonus as well.

Mario had a really good tournament in France and has attracted a lot of interest from European heavyweights.

Earlier this summer, Liverpool submitted a bid for the Portuguese international and it was confirmed by the player’s father. 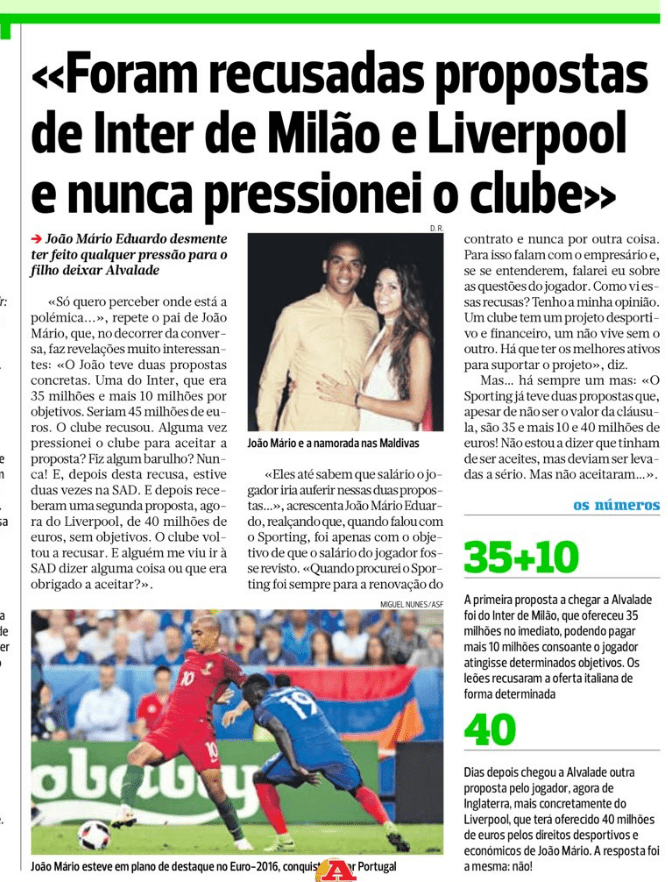 Jornal De Noticias’ report adds that Joao Mario prefers to play in the Premier League, but the midfielder is committed to Sporting and will not force a transfer.

Now it remains to be seen if Chelsea can reach an agreement with Sporting. If they do sign the player, it will further confirm the fact that Brazilian midfielder Oscar has no future at Stamford Bridge. The South American has been linked with a move to Serie A after failing to impress Antonio Conte during pre-season.