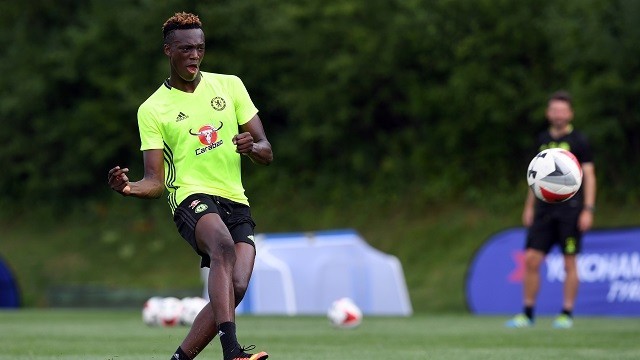 Antonio Conte has made it clear that Diego Costa will not be leaving Chelsea this summer. The Spain international is reportedly happy at the London club and the possibility of him returning to Spain this summer is zero. Even Atletico Madrid president has somewhat accepted defeat in their chase to sign their formal player.

The former Italy manager has hinted earlier this week that some of the players may need to move elsewhere to get regular games under their belt. The latest in the line of the Chelsea loan army is Tammy Abraham. The highly promising young Chelsea striker has joined Bristol City today, the club has confirmed via their official website.

The 18-year-old striker joins the Championship side on a season-long loan. He is a highly talented Chelsea Academy product and a twice-winner of the FA Youth Cup and UEFA Youth League.

He made his senior first-team debut against Liverpool at Anfield towards the end of last season and also made an appearance against Champions Leicester City at Stamford Bridge.

An England Under-19 international, Abraham joins the Championship side whose season starts tomorrow at home to Wigan Athletic.