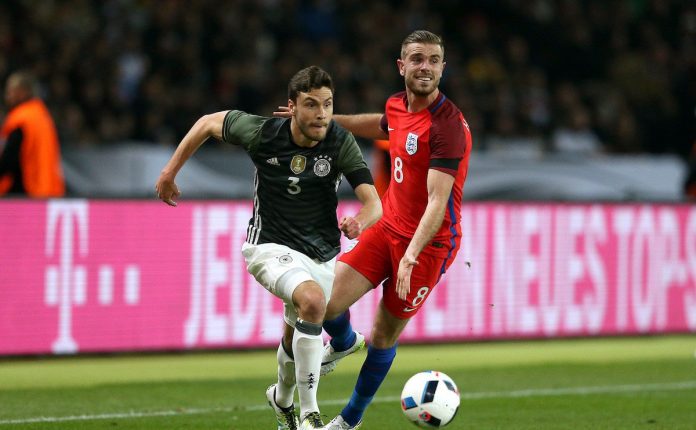 Chelsea are interested in signing the German left Jonas Hector if recent reports are to be believed.

German outlet Express are reporting that Roman Abramovich is ready to sanction a €30m move for the Koln defender this month. Apparently, Antonio Conte admires the Bundesliga left back and wants to add him to his title challenging squad.

The report adds that Hector caught Conte’s eye during Germany‘s clash with Italy in the Euros. The Koln defender ended up scoring the decisive penalty against Conte’s side in a shootout. Also, Express believe that Chelsea will double Hector’s wages if he completes a move to Stamford Bridge and that Chelsea have already scouted Hector multiple times this season.

The Blues are lacking in depth as far as the left back position is considered and Hector would be the perfect alternative to Marcos Alonso in the case of an injury. Furthermore, Hector his slightly more defensive in his approach as compared to Alonso and therefore Conte can use him in a different tactic for big games as well. Hector can operate as a defensive midfielder and his versatility would be a major plus if Chelsea manage to sign him.

Hector was linked with a move to Liverpool during the summer, but the Reds chose not to sign a specialist left back. James Milner has been outstanding for Klopp as Liverpool’s first choice left back so far.