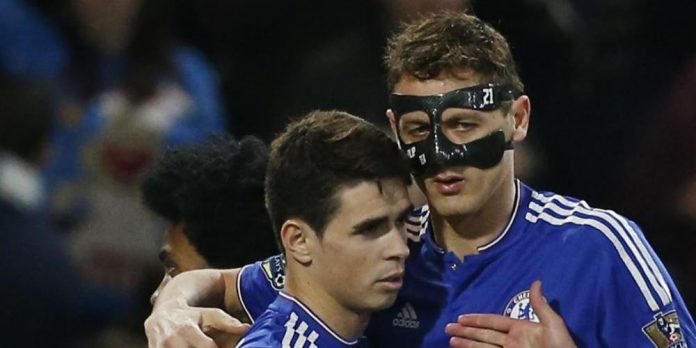 Chelsea midfielder Nemanja Matic has been linked with a move away from Stamford Bridge this summer.

The Serbian midfielder had a disappointing campaign under Mourinho last year and is thought to be unsettled at the London club.

According to latest reports from Tuttosport, Chelsea are desperate to hold on to the talented defensive midfielder and Antonio Conte sees him as a valuable member of the side.

The Italian manager wants Matic to partner Kante at the heart of Chelsea’s midfield next season.

Tuttosport adds that the player’s representatives had a meeting with the Chelsea sporting director Michael Emenalo and Roman Abramovich’s advisor Marina Granovskaia On Tuesday. The Chelsea officials tried to convince the player to stay, but Matic is not sure of his future yet and apparently wants more assurances from Antonio Conte.

Juventus have been linked with the midfielder all summer and they are ready to sign him as a replacement for Paul Pogba. That means Matic will be handed a guaranteed starting spot and a considerable salary there. Therefore, it is understandable why Matic feels unsettled and wants a move.

Manchester United have been linked with the player as well. Apparently, Mourinho also fancies a reunion with the former Benfica star at Old Trafford. Back then the reports claimed that the player wants to join the Red Devils and has asked the Chelsea chiefs to let him join Mourinho.

Matic is an excellent player and losing him would be a major blow for Conte. The Serbian was one of the main reasons why Mourinho won the title in his second season with Chelsea.