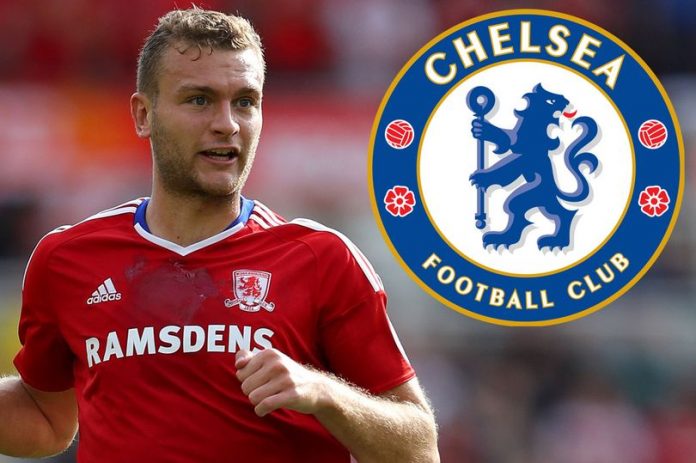 Chelsea are looking to sign the highly talented Middlesbrough centre-back Ben Gibson at the end of this season.

As per Daily Mirror‘s report, The 23-year-old is one of the most sought after defenders in the Premier League alongside van Dijk right now and Antonio Conte sees him as the perfect replacement for club legend John Terry.

Gibson has been outstanding in the Premier League this season and is a natural leader. If the Blues sign him in summer, Gibson could be a part of a really talented pool of young defenders at the club. Conte already has Nathan Ake, Kurt Zouma and Andreas Christensen (returning from his loan spell at the end of this season) at his disposal. However, the Middlesbrough star is expected to cost over £30million.

The former England international has been an outstanding servant for the Stamford Bridge outfit and has won almost every trophy at the club level with Chelsea. Terry was a key member of the last Chelsea team that won the Premier League title under Jose Mourinho, but he is clearly on the decline now and this is the right time for him to move on and preserve his legendary status at the club.