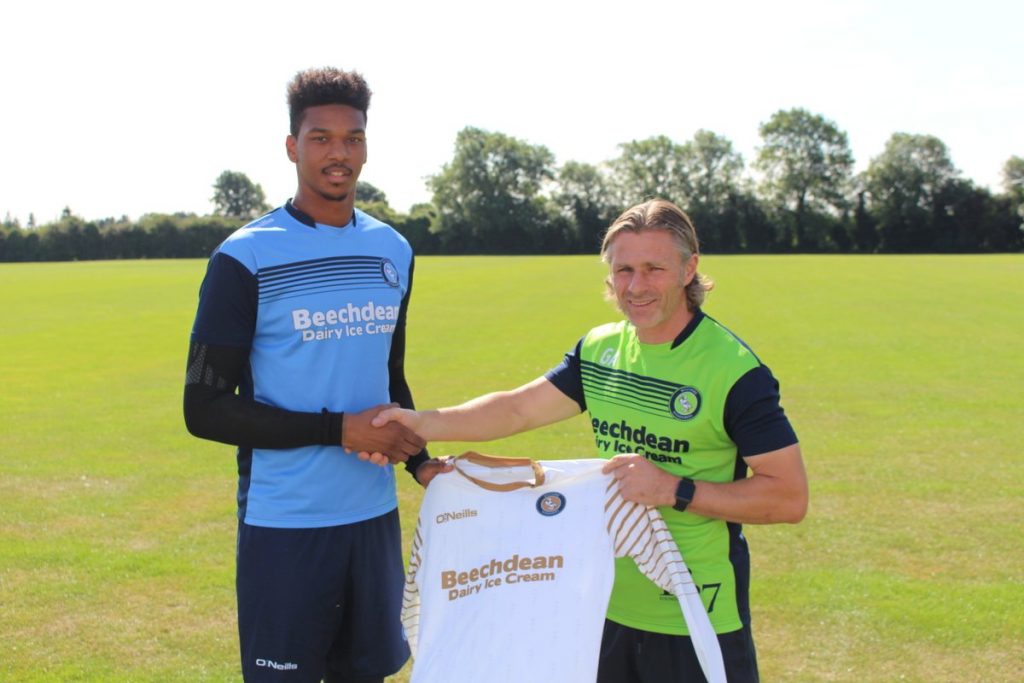 Chelsea have confirmed that the club has agreed to a deal with League Two side Wycombe for the loan transfer of keeper Jamal Blackman.

The highly rated Chelsea youngster has fallen further down the pecking order since the arrival of Stoke keeper Asmir Begovic and spent the last season on loan at a Swedish club, Ostersunds.

The 22-year-old impressed for the Swedish side and will now go out on loan again to play regular first team football and continue his development.

Blackman is a local lad and is under contract at Chelsea until 2019. The youth star will be looking to return as a better player in January when his loan with the League Two club ends.

Wycombe boss Gareth Ainsworth said on the club’s official website: “For us to attract someone of Jamal’s calibre to the club is a big coup for us, and is a result of the excellent relationship that we have with Chelsea both as a club, and me personally.”

“He’s a giant lad with massive potential to go far in the game and I’m sure he’ll benefit from playing regular men’s football and working under the guidance of [goalkeeping coach] Barry Richardson.”

“Jamal comes to us on a much better deal for the club and I’d like to thank Chelsea for allowing us to bring him in and trusting us with one of their young stars, who we are excited about working with and I’m sure he will learn a lot during his time here.”