Chelsea forward Lucas Piazon on the verge of Fulham extension 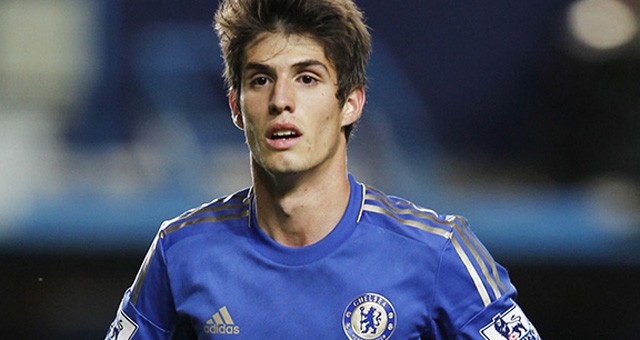 Brazilian forward, Lucas Piazon, has revealed that he will extend his stay with Fulham till the end of the season. The 22-year-old attacker was about to return to Chelsea this month, but he claims that he is set to stay at Craven Cottage.

Piazon tweeted a fan that he will see out the rest of the campaign at Fulham. He tweeted: “Almost done mate, hope to be done asap.”

The Brazilian joined Chelsea in 2012 from São Paulo, and made his debut for the reserve team against Fulham. On his 18th birthday, he obtained a work permit visa and became eligible to play for the Chelsea senior team. In his first season, he was named the Chelsea Young Player of the Year, and was a part of the side that won the FA Youth Cup.

Since 2013, he has played for Malaga, Vitesse, Frankfurt, Reading, and Fulham on loan. His loan move to Fulham has proved effective, after he has scored four goals in 15 appearances for them so far. The Brazilian has impressed throughout for the Cottagers, and was superb during the 2-1 win over Cardiff City in the FA Cup third round tie.

Piazon has started to be a very important player for us. He is very fast and has experience playing in this competition.

He played 23 games for Reading last season, so he didn’t need a lot of time to adapt himself. We are happy with what he has offered in the last few games.

Piazon has made three senior appearances for Chelsea till date, but it remains to be seen whether he will be given another chance to prove his potential for the senior squad in the future. It is still unclear whether he will sign an extended loan deal or agree to move on a permanent basis.