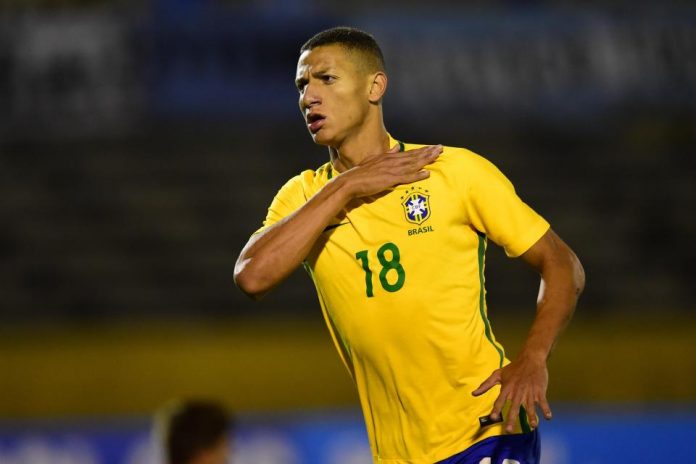 According to The Sun, Chelsea have joined Tottenham Hotspur in the race for Watford winger Richarlison. The Brazilian u20 international, who joined Watford from Fluminense for £11m in the summer, has enjoyed a bright start to the new season under Marco Silva, and could be a target for bigger European sides in January as a result.

The 20-year-old has scored and created seven goals in 11 Premier League games this season, helping Watford to a top-half position in the table early on. He’s on fire in recent weeks too, contributing a goal in five of his last six league outings, and such form is why Chelsea and Tottenham have thrown their hats in the ring to sign him.

Despite Chelsea beating Watford 4-2 when the two sides locked horns at Stamford Bridge in October, manager Antonio Conte is said to have been impressed by Richarlison’s performance – he grabbed an assist in the defeat. Tottenham have been desperate for more goal-scoring forwards in the squad, and could make an approach in the coming weeks too.

Watford are likely to request a lot more than the £11m they signed Richarlison for just months ago given the interest in his signature. Silva will be wary about selling the Brazilian, however, as he’s contributed to 40% of the Hornets goals in the Premier League this season.

They may have a hard time convincing him to turn down Chelsea or Tottenham should an official approach be made, however.