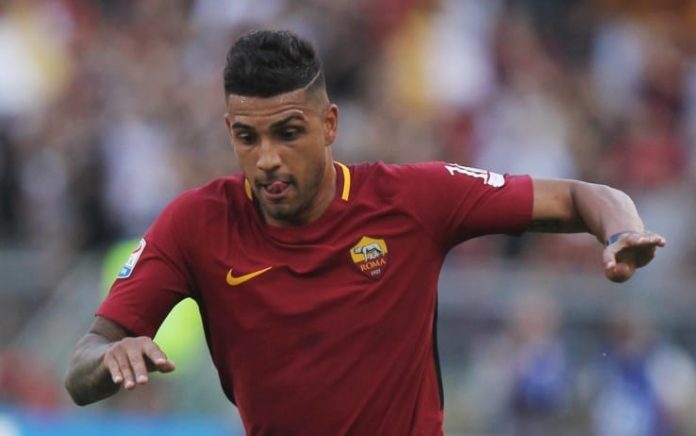 Chelsea have agreed a deal to sign the Roma defender Emerson Palmieri.

According to Sky Sports Journalist Fabrizio Romano, the defending champions will pay €20M plus €8M in add-ons to Roma for the 23-year-old left back.

Conte was keen on adding some depth to his fullback position and Palmieri will look to fight it out with Alonso for the starting berth. The Spaniard has been very good going forward, but he has to improve defensively. Emerson is rated highly in Serie A and the Chelsea fans will be hoping that the player adapts to English football quickly.

Chelsea were looking to sign Edin Dzeko from Roma as well but they have not reached an agreement for the Bosnian yet.

With the transfer window closing on Wednesday, it will be interesting to see whether Conte moves on to another target now.

The Blues have struggled to match up with the likes of United and City this season and Conte will be hoping to bridge that gap by strengthening his side in January.