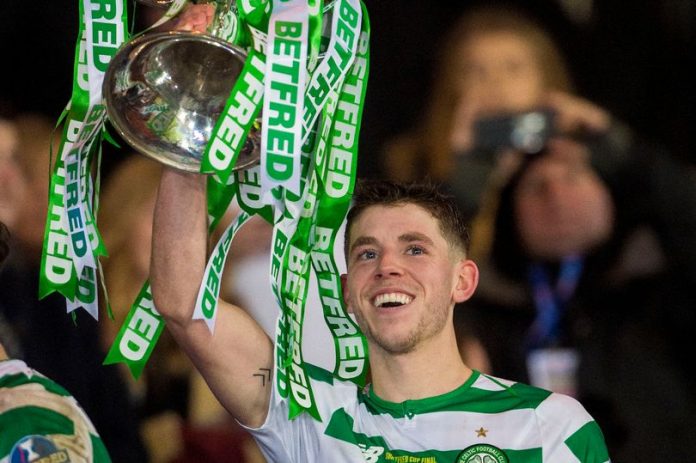 Scotland suffered a heavy 4-0 defeat against Belgium in the 2020 European Championship qualifier clash on Monday at Hampden Park.

Belgium and Manchester City superstar Kevin De Bruyne was superb during the game. De Bruyne is arguably one of the best creative attacking midfielders in the world, and the Red Devils captain once again produced a scintillating display for his country.

The Red Devils skipper had set up first-half goals for Romelu Lukaku, Thomas Vermaelen and Toby Alderweireld as Belgium won the game comfortably.

After the match, Celtic and Scotland winger, Ryan Christie, has hailed De Bruyne’s impact and said he aspires to be like him, as the City superstar plays in a similar position.

“He is a class act,” said Christie, as quoted by the Sunday Post.

“These are the kind of players that I aspire to. He is in a similar position to me. The positions he picks up and the way he hurts teams and his finishing as well.

“The ball in for their second goal was frightening and his finish for the fourth is pretty impressive as well.”

Christie has progressed immensely in recent months and is now one of the key players for Neil Lennon’s side.

At one point, it felt like his Celtic career could be over before it got the chance to blossom, but he managed to make an impact under Brendan Rodgers, and everything changed for him.

He has scored eight goals already this season including a hattrick in the Scottish Premiership against St Johnstone.

The 24-year-old has all the qualities to be a top-class player, and he has found a perfect role model in De Bruyne to reach the dizzy heights.