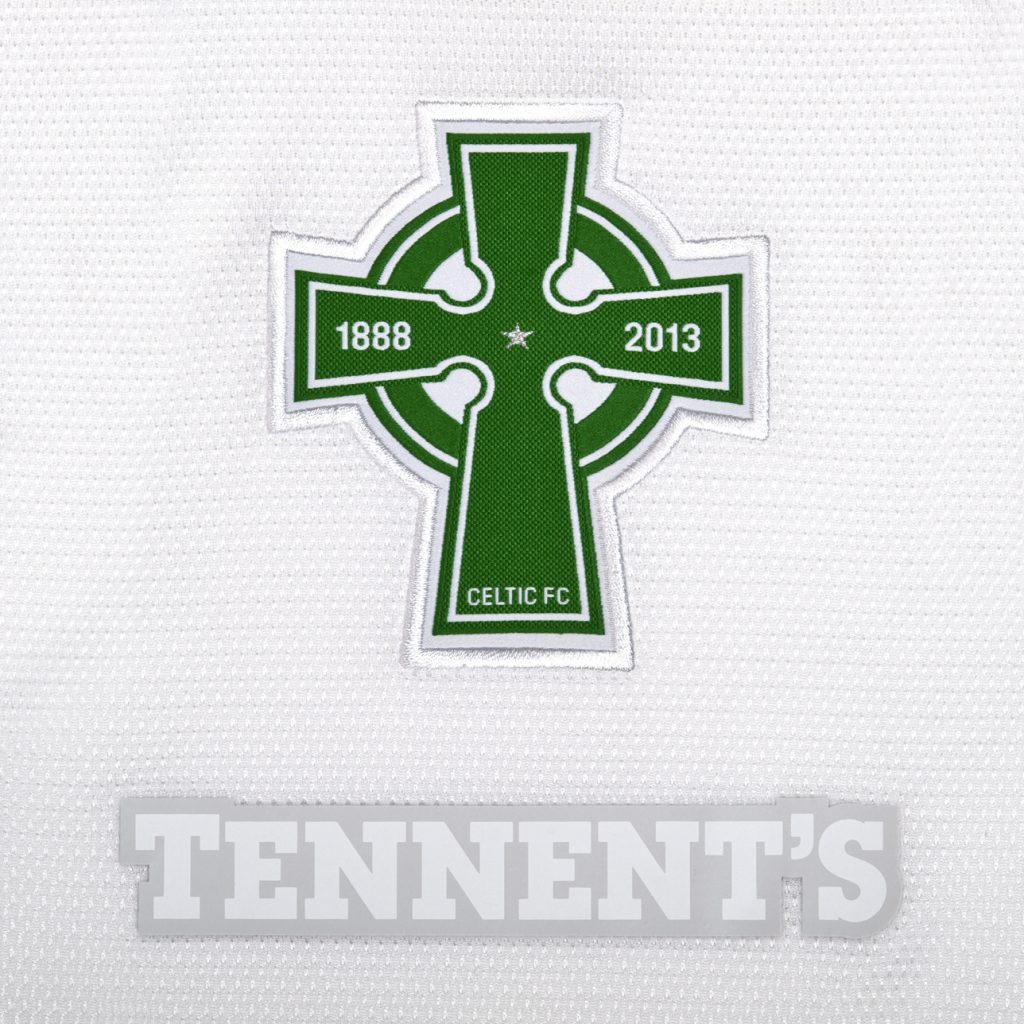 On November 6th, 1887, the Celtic Football Club was formed by eight men in Glasgow, Scotland. 125 years later, on October 2nd, 2012, Celtic and Nike celebrate this landmark anniversary with a special commemorative kit.

A replica of the kit worn by the Celtic players in the very first match of the club in 1888, the 125th anniversary kit features a white shirt with a black collar backed with green, black shorts and green and black hooped socks.

The new kit features Nike’s ground-breaking recycled polyester, making it Nike’s most environmentally friendly kit ever produced. Each kit (shirt and shorts) is made using up to thirteen recycled plastic water bottles.

This innovative manufacturing process reduces energy consumption by up to 30% compared to manufacturing traditional polyester. Since 2010 Nike has used an estimated 115 million recycled plastic bottles to create its high performance kits.

As league champions and back playing in Europe’s premier club competition Celtic are looking to add new chapters to their illustrious history with the 125th anniversary kit a fitting tribute to a long and rich heritage.