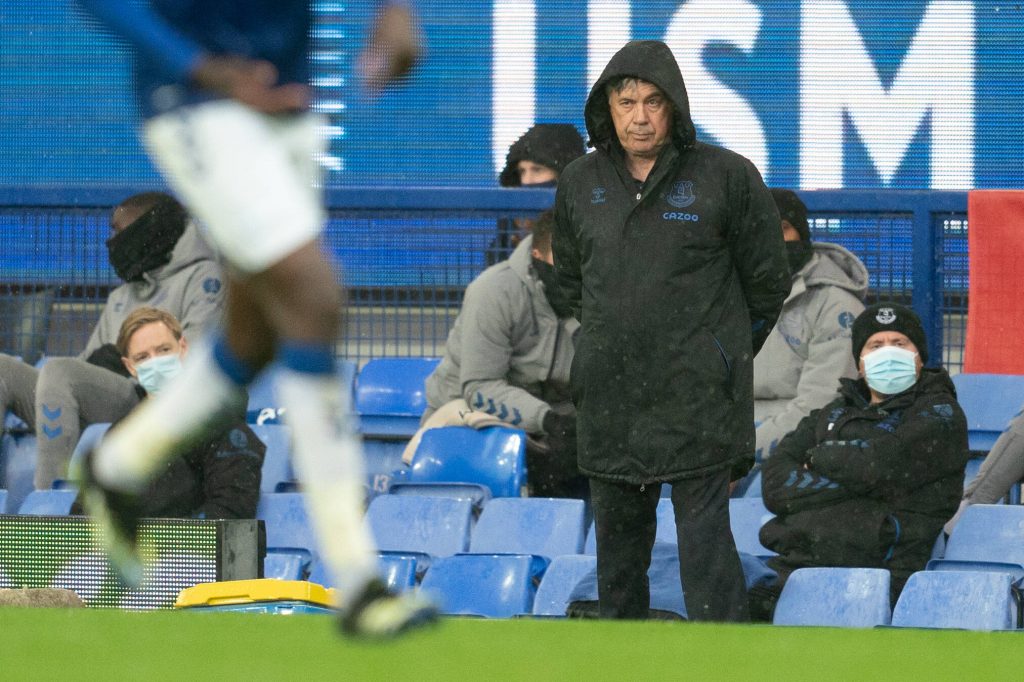 Carlo Ancelotti has told his players that anyone unhappy at Everton will be allowed to leave in the summer transfer window.

The Toffees started the season impressively, but their form has dipped dramatically over the past few months.

Ancelotti’s side were in the race for Champions League football before winning just two of their last 10 Premier League matches.

The latest defeat came against Sheffield United on Sunday, where the Toffees fell to a 1-0 loss and looked bereft of ideas throughout the game.

In the fallout of that defeat, Ancelotti has called for any players unhappy with the project at Everton to request a transfer this summer.

“I don’t want to have players here who are unhappy,” Ancelotti explained, as quoted by Sky Sports.

“If there are some players that are not happy to stay where they can ask to leave.

“I want to have players that want to stay at Everton and feel part of this project.

“That is for all players. There is no player I can force to stay here. But I told them this recently. They know. If someone is not happy they have to leave.

“An unhappy player is not going to be a good part of this project.”

Ancelotti also questioned the commitment of his players during the game against the Blades but was unwilling to single out any individuals.

“I don’t want to nominate players but most of them, the commitment for the game [against Sheffield United] was absolutely not good,” Ancelotti added.

“It was unacceptable because the game was so important. I hope for a reaction tomorrow.”

SL View – Will we see an Everton exodus this summer?

While Ancelotti has stated that unhappy Everton players can leave this summer, the club will not let them go cheaply.

Moise Kean is one player that would likely be unhappy if he returned to Everton this summer, but the Toffees are still reportedly looking for more than €45 million to sell him.

The same would go for Richarlison, who has often looked a frustrated figure in the Everton team this season.

However, Ancelotti recently stated that the Brazilian is not for sale.

Several fringe players are likely to leave, with Bernard, Jonjoe Kenny and others set to be placed in the shop window.

When the summer transfer window closes, we could see a new-look Everton squad with Ancelotti at the helm.