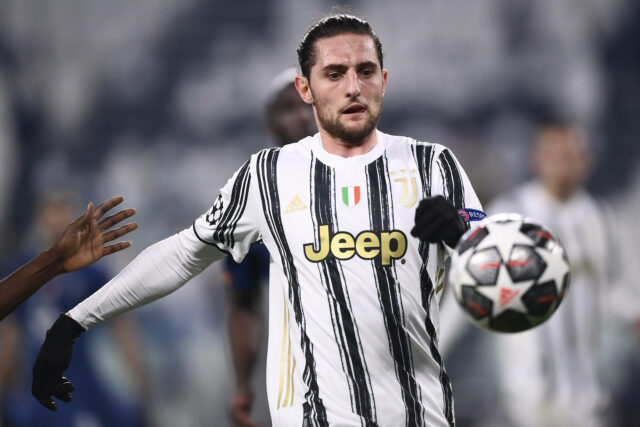 Everton boss Carlo Ancelotti admitted recently that the Toffees will consider the possibility of signing a midfielder in the summer transfer window.

One of the players Ancelotti could look to bring in at Goodison Park is Adrien Rabiot from Juventus.

Rabiot has been consistently linked with Everton since Ancelotti took charge of the Merseyside club in 2019.

The Italian boss handed Rabiot his Paris Saint-Germain debut, and the pair share a good relationship.

Juventus are struggling financially and they could look to offload a few players in the summer, including Paulo Dybala who is attracting interest from Tottenham Hotspur.

According to reports from Calciomercato, Juventus are looking to sell Rabiot this summer, while former Arsenal star Aaron Ramsey could also be heading out of the club.

Everton remain interested in Rabiot with Ancelotti having a ‘real passion’ for the French international.

Rabiot struggled last season at Juventus, but he has been quite impressive this term.

He has made 21 appearances in Serie A and has impressed in recent games against Porto and Lazio.

Everton already have Allan as a solid defensive midfielder, but Rabiot would still be a fantastic addition to the squad.

A solid defensive midfielder with a fantastic passing range, it seems Ancelotti probably sees Rabiot as an upgrade on Andre Gomes, which is surprising given both are different types of midfielders.