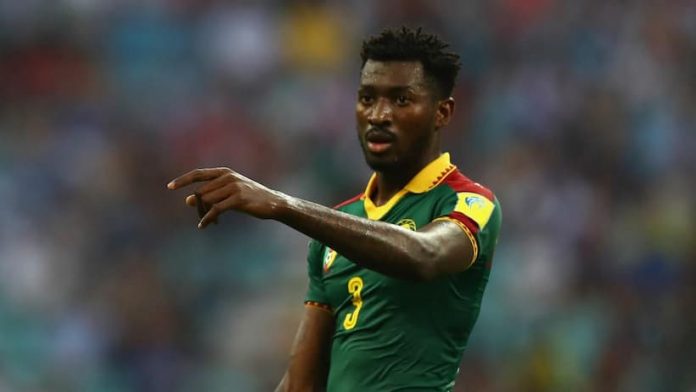 Cape Verde vs Cameroon sees the top two sides in AFCON Group A go head to head later today, with the former likely needing all three points to qualify for the next phase.

For up to date team news, a full match preview, and details on how to stream the match live and online, see below:

If you want to live-stream Cape Verde vs Cameroon in the AFCON today, register an account with LiveScoreBet.

Just get yourself signed up and ensure your account is funded, or that you’ve placed a bet within 24 hours of kick-off, and you can stream the match in full.

Click the link below to join LiveScoreBet today and watch Cape Verde vs Cameroon LIVE. Plus, don’t forget to claim LiveScoreBet’s welcome offer when you register to bet for free, too!

Cameroon fans had Karl Toko Ekambi and Vincent Aboubakar to thank after the pair combined for two goals apiece in the 4-1 comeback win vs Ethiopia last week. The win means that Cameroon have qualified from Group A and will feature in the last sixteen.

Antonio Conceicao’s side is currently in the midst of a six-game winning streak and one of the tournament favorites as a result.

Cape Verde, on the other hand, head into this game knowing that only a win will guarantee a spot in the knockout rounds. After defeating Ethiopia on Matchday-1, a loss to Burkina Faso on Thursday left the Blue Sharks with three points from two games played.

Pedro Brito’s team has been in superb form of late though. The loss to Burkina Faso was actually the Blue Sharks’ first defeat in six games played in all comps. So, don’t expect to see the Indomitable Lions feasting at Cape Verde’s expense – Brito has his team playing good football and the players work hard for each other.

When does Cape Verde vs Cameroon kick off?

Cape Verde vs Cameroon kicks off on Monday, January 17 at 16:00 BST at the Paul Biya Stadium.

35-year-old Goalkeeper, Vozinha, is expected to retain his place in goal. Vozinha sat out the group opener but performed well between the sticks on Matchday-2 vs Burkina Faso.

Forward, Julio Tavares, is a slight injury concern for Cape Verde. Tavares was seen limping towards the end of the play against Burkina Faso, but reports indicate that the Al Faisaly attacker will play a role this afternoon.

The Indomitable Lions have no new injury concerns and are expected to field the same starting Xl as in the previous match vs Ethiopia.