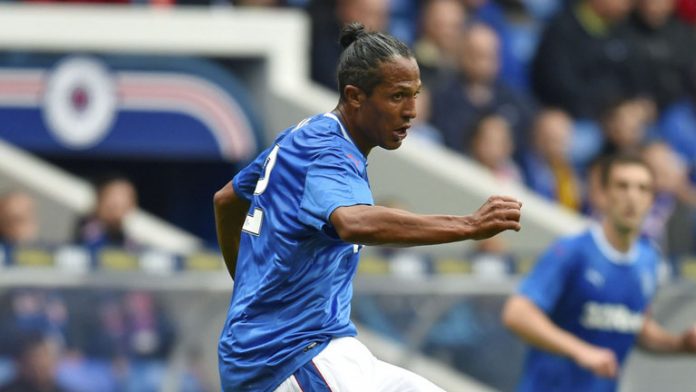 Rangers centre-back Bruno Alves has had his fair share of derby day experiences in his long and illustrious career.

The Portuguese veteran has played in some of the fiercest matches in world football including the Istanbul derby between Fenerbahce and Galatasaray.

“In Portugal we had great derbies, Russia too. In Istanbul, Fenerbahce v Galatasaray is a great derby, one that you need to experience,” said the 35-year-old when quizzed about the Old Firm clash with Celtic later this month.

“The stands are crowded and everybody is just focused on the pitch. Everybody gives it everything they can. It’s an amazing environment.”

Alves thrives on pressure situations but sometimes his temperament gets in the way. The former Porto defender has been sent off on more than one occasion in derby matches from his time in Portugal, Russia and Turkey.

“I have had some red cards in these games. I have been sent off,” he said.

“In Portugal I’ve had one when Porto was playing Benfica. In Russia I have been given a red card in the Zenit v Spartak Moscow game, which is a big derby there, and two times in derby matches with Fenerbahce.

“I don’t want to repeat that. It is not good to leave the team with 10 players in such a really important game. But I think these games are the best games for me,” Alves added.

“You need to fight but you also need to play. Sometimes the game is very rough and you can’t play so much – sometimes it is more like a battle.

“But I expect both – quality AND passion from the Old Firm game.”

Rangers have lost the last two meetings with Celtic and are three points behind their rivals on the Scottish Premier League table. Alves insists however that the Light Blues are used to winning and have the squad to achieve great things under Pedro Caixinha.

“I came here thinking I could be useful for the team. We are getting better but we need to prove ourselves and show we can compete and win.

“This club are used to winning. Everybody is waiting for that and we want to bring that back.

“When I came here I found a very strong group of players who want to improve. I feel that we have a good team. We are strong and all together.”

The Old Firm derby will take place on September 23 at the Ibrox stadium.