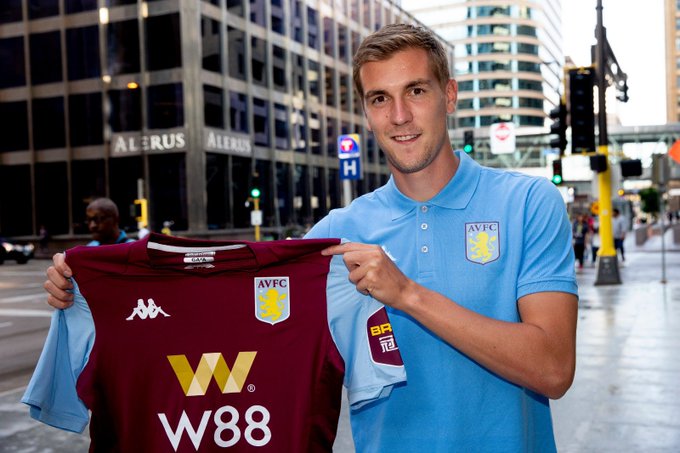 The Villans announced the signing of Engels yesterday on their official website. The 24-year-old has become the club’s eighth signing of the summer.

With his signature, Villa have taken their spending to almost £100m.

The new signing has said that it has always been his dream to play in the Premier League, and has thanked the fans for giving him a warm welcome.

Proud to sign for @AVFCOfficial. It was always a dream to play in the Premier League.. Thanks for the warm welcome Villa Fans ? Also want to thank my family and friends who carried me trough this amazing journey. And a special thank you to @SportPlusFM for making this possible! pic.twitter.com/CXnpzfnKlM

Engels has become the club’s fourth centre-back signing, after Tyrone Mings, Kourtney Hause and Ezri Konsa were all recruited by Dean Smith.

According to reports from Sky Sports, Villa have paid around £9m to sign Engels from Stade Reims.

He started his career in the youth system at Club Brugge in Belgium, and later went on to play for the senior team.

He also spent time with Greek outfit Olympiacos prior to his stint in France.

Welcome Bjorn to the Pride of the Midlands the Villa UTV!!!???

Welcome Bjorn. Looking forward to seeing you play well for the Villa. Hopefully a great career in claret and blue stands before you ??