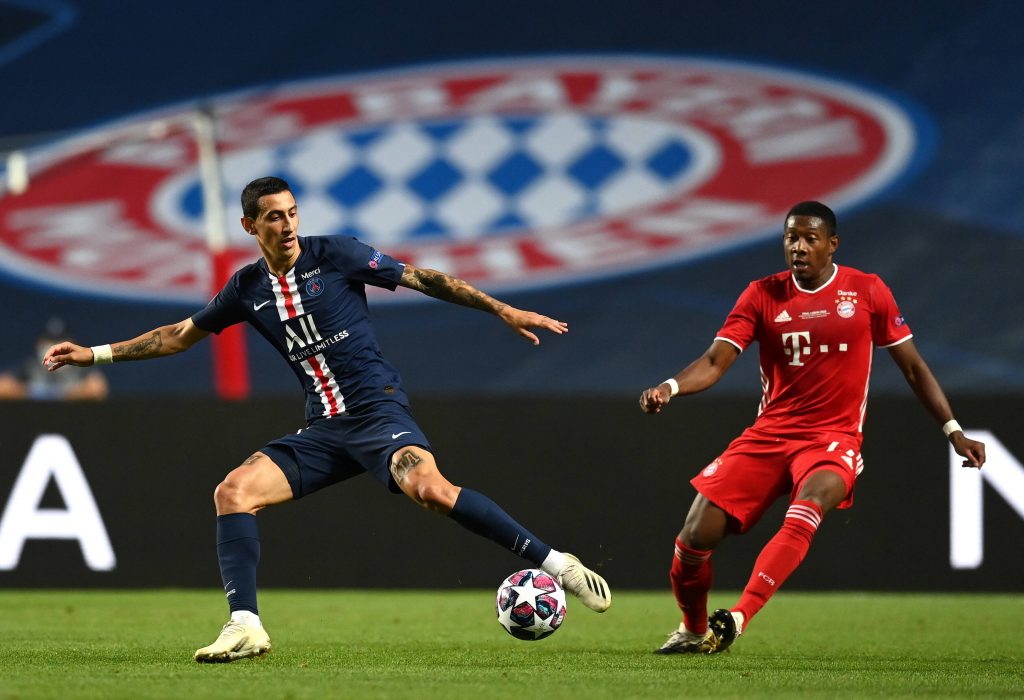 Paris Saint-Germain travel to the Allianz Arena to take on Bayern Munich in the first leg of their Champions League quarter-final tie on Wednesday.

PSG will be looking to inflict revenge on the German outfit for crashing their dream in last season’s final.

Except for Bayern’s 1-0 in the 2019/20 Champions League final, all of their other eight meetings have come in the competition’s group stage.

The French giants have lost each of their last three Champions League trips to Munich, conceding 2+ goals on each occasion.

Bayern utterly outclassed Lazio in the previous knock-out round, running out 6-2 aggregate winners (4-1 A, 2-1 H) to reach the Champions League quarter-finals for the second season running.

Free-scoring Bayern netted 2+ goals each time across that eight-match winning streak, managing an average of 2.85 per game.

The Bavarians boast a formidable UEFA knock-out record versus French opponents, having won seven of their eight such ties (L1), finals included.

Except for a 3-0 defeat at the Parc des Princes in the 2017/18 Champions League group stage, the perennial Bundesliga champions have won nine of their last ten European meetings with Ligue 1 sides.

At the Allianz Arena, the Germans have won four European matches against French visitors on the trot, and they enjoy a solid overall record in such contests (W11, D2, L3).

Paris ousted Barcelona in the round of 16 on an aggregate score of 5-2 (4-1 A, 1-1 H) to qualify for the Champions League last-eight for the second year in a row.

Les Parisiens have found the net in 42 of their last 43 matches in the competition, with the lone exception of a 1-0 defeat to Bayern Munich in last season’s final.

Away from home, Mauricio Pochettino’s men have won nine (56.25%) of their previous 16 Champions League outings (D2, L5), including three of four this season (L1).

However, the French heavyweights have ended up on the losing side in each of their last three Champions League trips to Germany, including a 2-1 defeat at RB Leipzig earlier this season.

Notably, though, PSG have won all three of their previous UEFA two-legged ties against Bundesliga opponents.