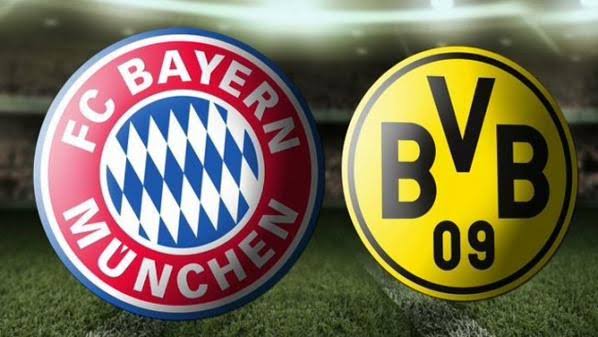 The first Der Klassiker of the season is upon us, as Borussia Dortmund welcome Bayern Munich to the Signal Iduna Park.

Lucien Favre’s side have begun the new campaign in fine fashion, winning eight of their opening ten games, scoring 24 goals. They currently sit in second place in the Bundesliga, behind – you guessed it – Bayern.

Last season’s treble winners have also made a strong start to the season. The Bavarians have won their previous eight games by an aggregate score of 30-8.

Polish superstar Robert Lewandowski has picked up where he left off last season, bagging 12 goals already this term. The 32-year-old is Der Klassiker’s all-time top goalscorer, having netted on 23 occasions in this fixture during his spells with both sides.

The omens are not encouraging for the Black and Yellows. Bayern have won the last five meetings between the two sides, and six of the last seven in the league.

The hosts will be without former Liverpool midfielder Emre Can, who has been diagnosed with COVID-19.

There were concerns over the fitness of World Cup winner Mats Hummels, but the centre-back confirmed on Twitter that he is available for the coming game against his former club. However, fellow defenders Dan-Axel Zagadou and Marcel Schmelzer are ruled out.

As for the visitors, they are missing defender Niklas Sule after testing positive for COVID-19.

Canadian full-back Alphonso Davies is expected to be out until December with an ankle injury, while the availability of Leon Goretzka is unclear.

Should Goretzka miss out, then he will likely be replaced by the returning Corentin Tolisso. The Frenchman is back in contention following the end of his suspension for his red card in the 4-1 victory over Arminia Bielefeld.