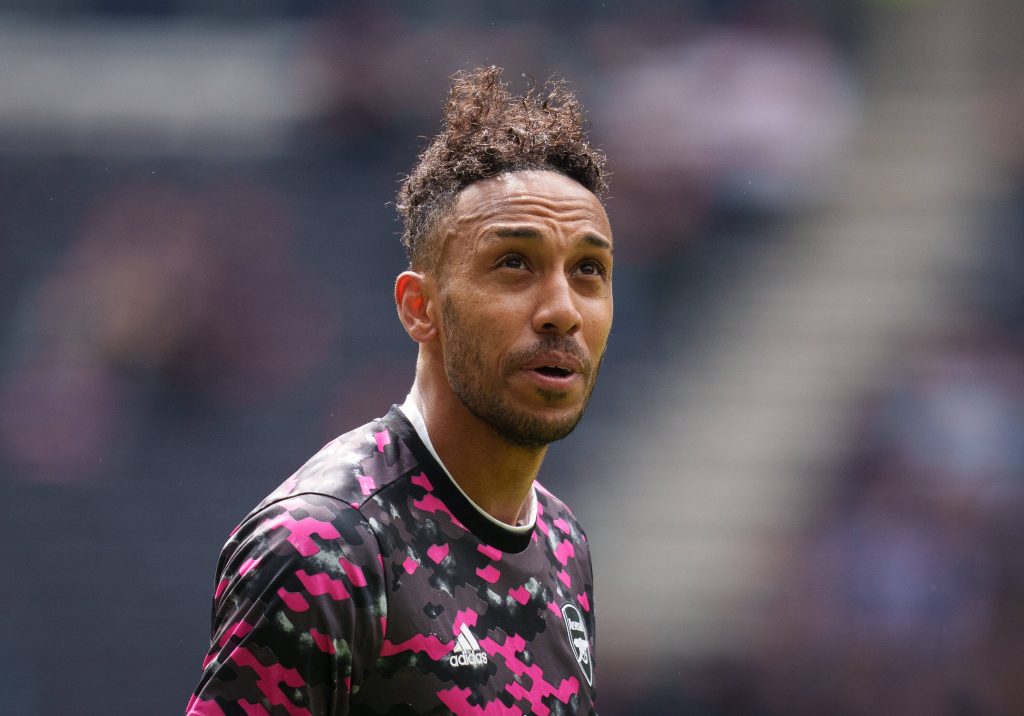 Barcelona are interested in landing Arsenal striker Pierre-Emerick Aubameyang and could include Philippe Coutinho as a makeweight in a potential deal, Sky Sports reports.

Aubameyang had a disappointing 2020/21 season by his high standards, registering just 15 goals from 39 appearances across all competitions.

His pre-season campaign was far from impressive this summer, and he was recently deemed ill for the opening day league defeat at Brentford.

There has since been speculation of a rift between him and manager Mikel Arteta, and the Gunners are reportedly open to the prospect of selling him.

It is now claimed that Barcelona are interested in landing his signature and would be willing to include Coutinho in a player-plus-cash agreement.

The Blaugrana recently reported a staggering £1.15 billion debt. Coutinho’s wages could offset some of the fee of landing Aubameyang.

The Gunners are aiming to land a creative midfielder this month, and it is quite clear that Martin Odegaard remains the priority target for the club.

However, there have been suggestions that they could land more than one playmaker, with Coutinho also fancied to make the switch to north London.

Coutinho had a promising loan spell at Bayern Munich in 2019/2020, registering 11 goals and nine assists from 38 games while winning the Champions League.

Last season, the Brazilian bagged three goals and two assists from 14 outings for Barcelona before suffering a knee injury that ended his campaign.

The former Liverpool man is now fit, but he does not feature in the plans of Ronald Koeman that is justifiable by the additional costs that could be incurred.

The Catalan giants owe Liverpool another £17m if Coutinho makes a century of appearances for them. He has currently played 90 matches.

The hierarchy are obviously desperate to avoid the payment, and it is one of the prime reasons behind their desire to part company with Coutinho.

Coutinho is represented by Kia Joorabchian, who has a good working relationship with the Gunners, having brought David Luiz and Willian previously.

The Brazilian could be willing to take a pay cut to join the Gunners, but the main question remains whether the north London club will sanction Aubameyang’s sale.

Aubameyang was far from his best last season, but he has still been a terrific signing for them with 85 goals and 19 assists from 148 appearances.

In a recent update, it has been reported that the Gabon international was definitely ill last week, and he remains fully committed to the Gunners.