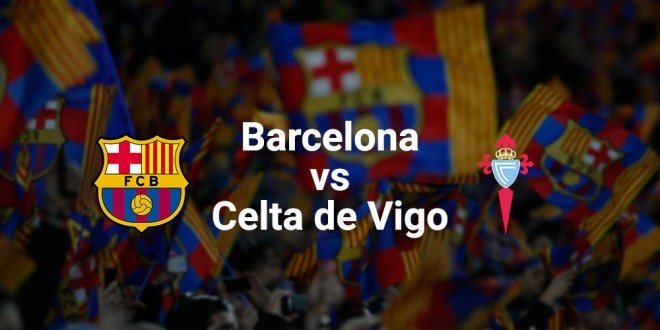 Barcelona host Celta Vigo in La Liga this weekend and it should be a fascinating contest between two sides in impressive form.

The Catalan giants have managed to overtake Real Madrid at the top of the table and will be hoping to extend that lead now. Barcelona are in very good form now and they have won their last four league games.

However, they will need to improve their defence against Celta’s attack. Barcelona have failed to keep clean sheets in three of their last four league games.

Vidal and Mathieu are the only players absent for this game.

Celta Vigo are in superb form right now and this will be a tricky game for the league leaders.

Eduardo Berizzo’s men are unbeaten in their last four competitive games and will be aiming for an upset on their travels. The away side have managed to win two of their last three matches against the Spanish champions and are well capable of beating them here.

Barcelona have been inconsistent at the back all season and the visitors will fancy their chances.

Celta will be without Pablo Hernandez and Fontas for the trip to Camp Nou.

Barcelona are undefeated in their last 18 matches in La Liga.

Barcelona have won 5 of their last 6 home matches against Celta Vigo in all competitions.

Barcelona have scored at least 2 goals in their last 5 home matches in La Liga.

Barcelona have scored at least 2 goals in 5 of their last 6 home matches against Celta Vigo in all competitions.

Barcelona have seen over 2.5 goals in 9 of their last 11 matches against Celta Vigo in all competitions.

Barcelona have been winning at both half time and full time in their last 5 home matches in La Liga. Get the hosts to win both halves here.

Celta have been very impressive against Barcelona and have beaten them earlier this season. Get the away side to win or draw here.

Barcelona and Celta are both in very good form and this will be a close contest. The last few matches between these two teams have been packed with goals and this one should follow suit.

Barcelona are the better side on paper and will be motivated for a result here. Enrique recently announced that he will step down at the end of this season and the players will look to deliver a response this week.