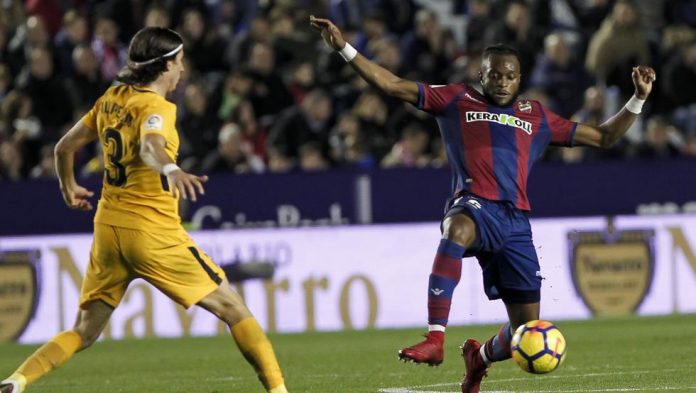 Aston Villa have been linked with a move for the Levante midfielder Cheick Doukoure.

Apparently, the 26-year-old midfielder is close to joining the Championship club on loan for the remainder of the season.

As per Spanish journalist Eric Martin, the deal is close to completion.

Dean Smith could do with some depth in midfield and Doukoure could prove to be a wise addition.

The physically imposing midfielder should be able to adapt to English football with ease. His style of play suits the Championship as well.

Doukoure will add some much needed bite and drive to Aston Villa’s midfield. He could be the ideal cover for the likes of McGinn and Hourihane.

It will be interesting to see if the Championship side bring in a defender as well. Aston Villa are in need of some defensive depth as well.

Some Aston Villa fans have taken to Twitter to share their thoughts on the player. Here are some of the reactions from earlier.

Ohhh Cheick Doukoure you are the love of my life….

Never heard of him, but cool

Iv seen him play, it was only once but he didn’t look very good, maybe he’s improved?‍♂️

Another central defender would be nice ?